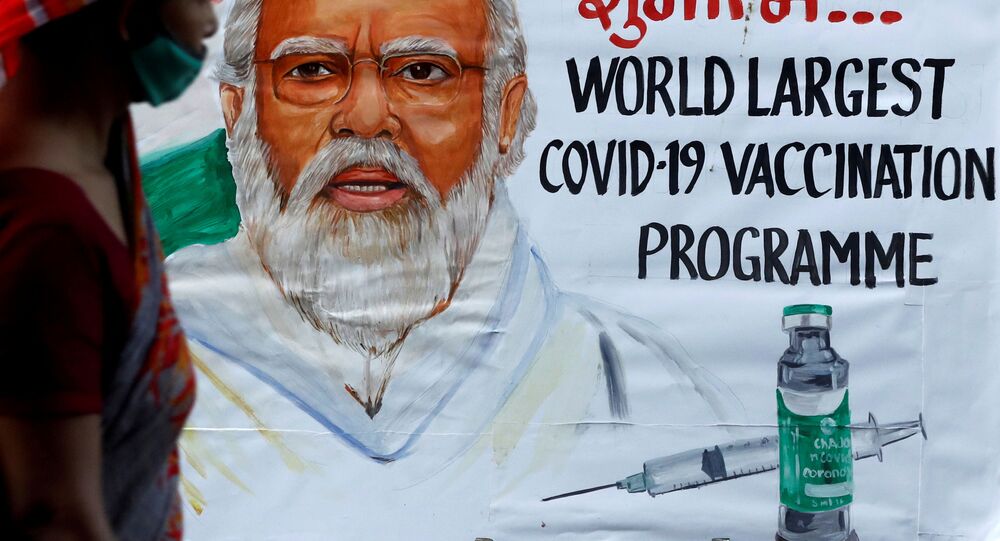 The ruling party in India's state of West Bengal complained to the Election Commission that Prime Minister Narendra Modi had "stolen commendable credit from the producers of the COVID vaccine," by attaching his picture to vaccination certificates and "blatantly appropriated the dues of a vast army of selfless doctors and nurses."

The Indian Health Ministry has decided to remove photos of Prime Minister Narendra Modi from the certificates issued for COVID-19 vaccinations, in states which are preparing for elections.

The decision was made by the Ministry of Health and Family Welfare after directions were issued by the Election Commission of India (ECI) for the same. The top election body ECI is accountable for holding smooth and fair elections in the country.

The ECI directed the federal ministry after receiving a complaint from West Bengal State's ruling party Trinamool Congress (TMC). The complaint said  that the Prime Minister's photo on the vaccination certificates is a violation of the Model Code of Conduct - a code which comes into force immediately after the Election Commission announces the election schedule. It's a set of guidelines to ensure free and fair elections. It is also meant to keep an eye on the ruling parties, so that they do not misuse their position to gain an unfair advantage in the electoral procedure.

The Commission had announced in February last week the election schedule for the states of West Bengal, Tamil Nadu, Assam and Kerala and the Union Territory of Puducherry. Elections will be held from 27 March to 29 April for these state assemblies and results will be declared on 2 May.

Meanwhile, the ministry maintained that necessary filters in Co-Win, an app introduced by the central government of India, have been applied for the vaccination centres in the poll-bound states, as suggested by the Election Commission.