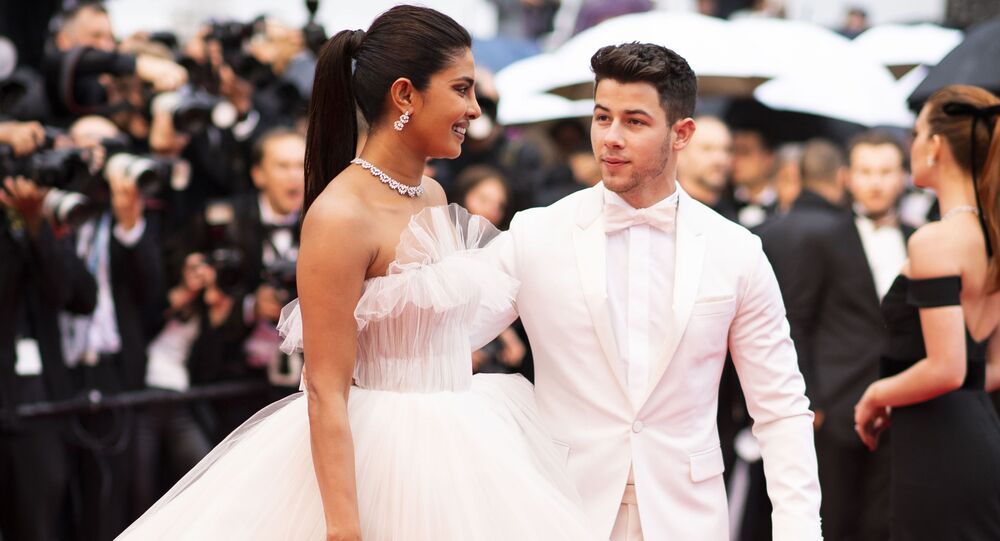 'Thought You Were About to Announce Pregnancy': Netizens React to Priyanka-Nick Jonas’ Oscars Video

The chemistry between actress Priyanka Chopra Jonas and her husband, singer Nick Jonas has left millions of fans across the globe in awe. Fondly known as 'NickYanka', the couple started dating in 2017 and tied the knot a year later.

Thrilled with the news about actress Priyanka Chopra Jonas and singer Nick Jonas being picked to announce the 93rd Academy Awards nominationsthis upcoming Monday, 15 March, the couple's fans have gone gaga reacting to their adorable chemistry in the latest Oscars video.

Standing behind her, Nick looks unimpressed and tells her that she has already told everyone. The excited couple ends on a happy note and tells their fans to catch them live.

Looking at their bond, one user commented, “I thought you were about to announce a pregnancy.” Another wrote, “Okay - you two just keep getting more and more adorable. My husband and I are so happy to see the two of you so happy. Keep working on that "together happiness" one day at a time!! …!”

I thought you were about to announce a pregnancy

Okay - you two just keep getting more and more adorable. My husband and I are so happy to see the two of you so happy. Keep working on that "together happiness" one day at a time!! 25 years later, my boo and I STILL got it goin' on... one day at a time! xoxo

excited for you guys pic.twitter.com/iHDwrFf02d

​The couple, who are currently in London, will be announcing this year's Oscar nominations virtually on Monday and cover all 23 categories. Films such as Chloe Zhao’s 'Nomadland', Aaron Sorkin’s 'The Trial of the Chicago 7' and Emerald Fennell’s 'Promising Young Woman' are expected to receive many nominations at the 93rd Academy Awards.

‘Discouraged’: Priyanka Chopra Opens Up About Criticism by South Asians Over Her Success Abroad