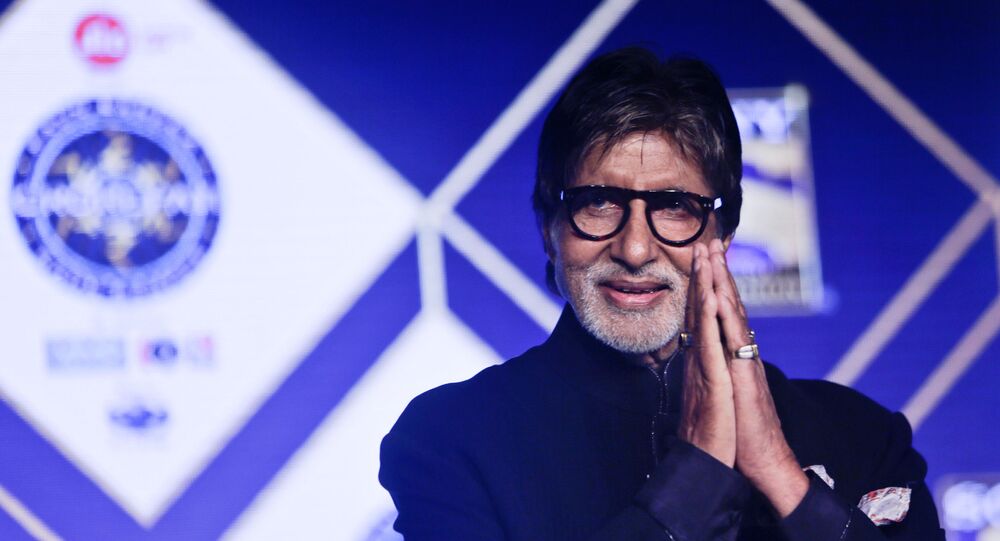 Every year, the International Federation of Film Archives (FIAF) honours celebrities from movie industries across the globe with the FIAF Award for their contribution to the preservation of the world's film heritage. Hollywood filmmakers Martin Scorsese and Christopher Nolan have previously been bestowed with the prestigious award.

Bollywood megastar Amitabh Bachchan, aka Big B, has become the first Indian film personality to be conferred with the prestigious 2021 FIAF Award by the International Federation of Film Archives (FIAF), which will take place virtually on 19 March.

Hollywood filmmakers Martin Scorsese and Christopher Nolan will give the award to Big B, who is the ambassador for the Film Heritage Foundation, a non-profit organisation dedicated to the preservation, restoration, documentation, exhibition, and study of India's film heritage.

Film Heritage Foundation is delighted to share that our ambassador Amitabh Bachchan has been honoured with the prestigious FIAF Award for 2021. @SrBachchan @fiaf1938 @scorsesemartin #ChristopherNolan https://t.co/4Npl0bhxrg pic.twitter.com/s5QqCbqRce

Expressing his gratitude over his big breakthrough in Bollywood, the 78-year-old actor said in the media statement, "I am greatly honoured to receive the FIAF Award for the year 2021, for a cause that I am deeply committed to. We must strengthen the idea that film archiving is as essential as filmmaking, and I do hope that we are able to garner further support for this most essential cause from my colleagues in the film industry and the government, to enable us to realise our dream for building a centre that will preserve and showcase our magnificent film heritage".

Scorsese praised Bachchan and said that his advocacy for preserving India's film legacy has been exceptional.

"With a career spanning over five decades, he is a celebrated actor who has put the considerable weight of his reputation behind the cause of film preservation in India and the entire subcontinent. They could not have chosen a more deserving individual to recognise this year", Scorsese said.

As a past recipient of the FIAF Award, "Tenet" filmmaker Christopher Nolan stressed that it's imperative for representatives of the film industry around the world to come together and ensure that film heritage is preserved.

How Bollywood Stars Are Celebrating the Spirit of Womanhood