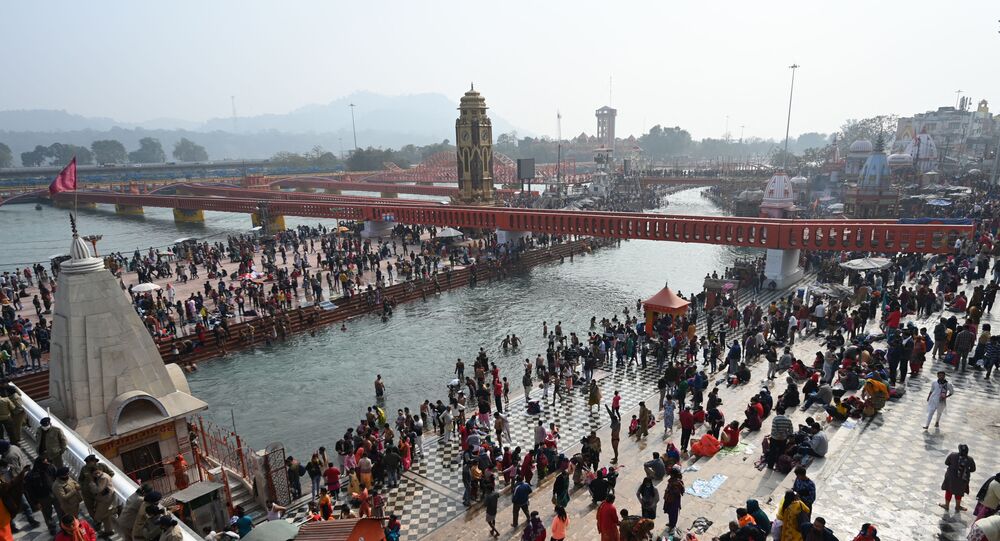 Hindu tradition has it that a holy bath in the Ganges absolves one of all sins. The Kumbh Mela is organised based on the position of celestial bodies, particularly the Sun, Moon, and Jupiter. It is believed that during this time the water from the river turns into purifying nectar allowing devotees to cleanse their souls as they bathe.

Millions of Hindu devotees are making their way to Haridwar in the Indian state of Uttarakhand to take a "holy bath" in the river Ganges. State authorities are gearing up for the management of a huge rush of devotees thronging to Haridwar, known as the "gateway to heaven" in Hindu scriptures on the occasion of Kumbh Mela.

The 11th of March will mark the first "shahi snan" (holy bath), while the second will be on 12 April and the third on 14 April. The last festive bath will be on 27 April.

The festival is celebrated four times over the course of 12 years and spans four locations in the country - the cities of Prayagraj, Ujjain, Haridwar, and Nashik.

"We are expecting a huge rush of devotees from the entire country. We have put in place stringent measures for crowd management and those violating norms will be liable to be prosecuted under the Disaster Management Act", said Chief Secretary of Uttarakhand Om Prakash.

State authorities have put protocols in place for the management of crowds but the sheer volume of people gathering in one place during the pandemic is causing serious concerns.

"Despite the pandemic and elaborate formalities laid down by the government for devotees a large number of people are turning up for the mela (fair). It will be very difficult to get everyone to maintain social distancing", said Rakesh Verma, part of a non-government organisation involved in the Kumbh Mela's management.

Attempts are being made by state authorities to discourage devotees turning up in large numbers. As per standard operating procedures, only those devotees who have a negative COVID-19 test report done 72 hours prior to the date of visit will be allowed to enter the area.

Checkposts and entry points have been established at the district border.

All devotees will have to register on the Kumbh Mela web portal. After validation they will be issued an e-pass to enter the area. Devotees from other states will have to obtain a compulsory medical fitness certificate.