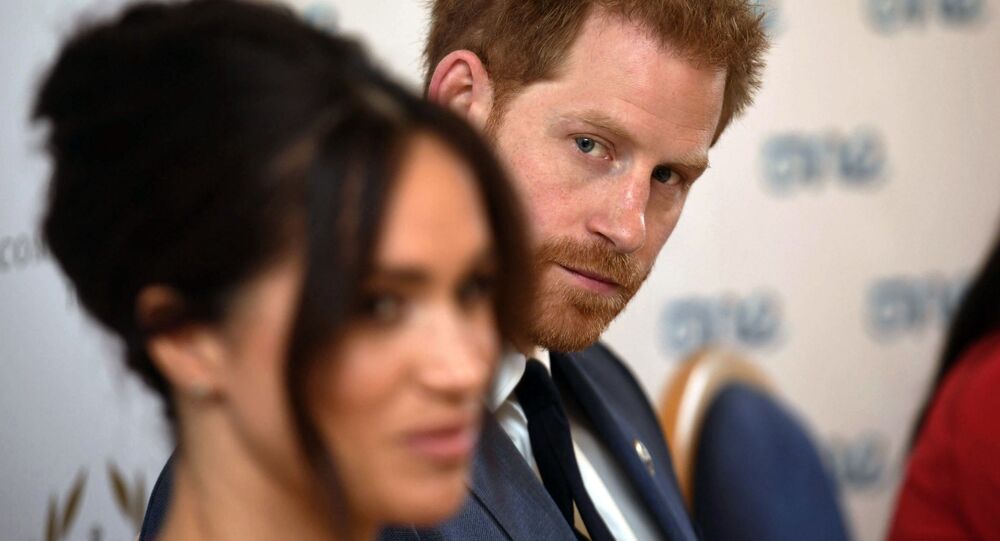 Meghan Markle and Prince Harry's tell-all interview with Oprah Winfrey has sparked a new controversy over shocking revelations by the couple about their relationship with the Royal Family. While many netizens have come out in their support, veteran Indian actress and talk show host Simi Garewal has criticised Meghan and accused her of "lying".

Veteran Indian actress and talk show host Simi Garewal on Monday said she does not believe a word Meghan Markle said in an interview with Oprah Winfrey and also accused her of playing the victim card.

Simi called Meghan "evil". Last year, the former "Suits" star along with her husband Prince Harry stepped back from their roles as members of the British Royal Family and moved to the US state of California. The Indian actress also said she feels that Meghan, whose mother is African American and father is white, is using the race card to gain sympathy.

#OprahMeghanHarry I don't believe a word Meghan says. Not a word. She is lying to make herself a victim. She is using the race card to gain sympathy. Evil.

In the sensational interview, Meghan accused the British Royal Family of racism, lying, and pushing her to the brink of suicide.

Leaving Twitterati divided, many netizens have come out in support of Meghan, while others agreed with Simi.

Yes !!! It's a shame when people misuse this card. It brings down the entire movement for a lot of deserving people. I have absolutely no sympathy in this case. They didn't need to dish dirt like this on an Institution for their own gain

Royal watchers had predicted all this. She took as much she could & ran away. Queen is a tough cookie with huge experience. After a few yrs prince will look like an idiot

​Many netizens opposed her take on the whole interview and claiming her to be lying.

I wonder how you can say this with so much conviction unless you know either party at a very personal level? Whether she’s speaking the truth or otherwise is anyone’s guess. But if we turn a few pages down the memory lane, Princess Diana too never felt any better either!

After what the Royal family did to Lady Diana, there is enough reason to believe Meghan. Frankly, it is not at all surprising. Infact, it is so difficult to understand this whole Royal family concept in the present times. However, Meghan is definitely very smart and brave.

'Who is Ursula?' Twitter Explodes as Meghan Markle Compares Herself to 'Voiceless' Little Mermaid