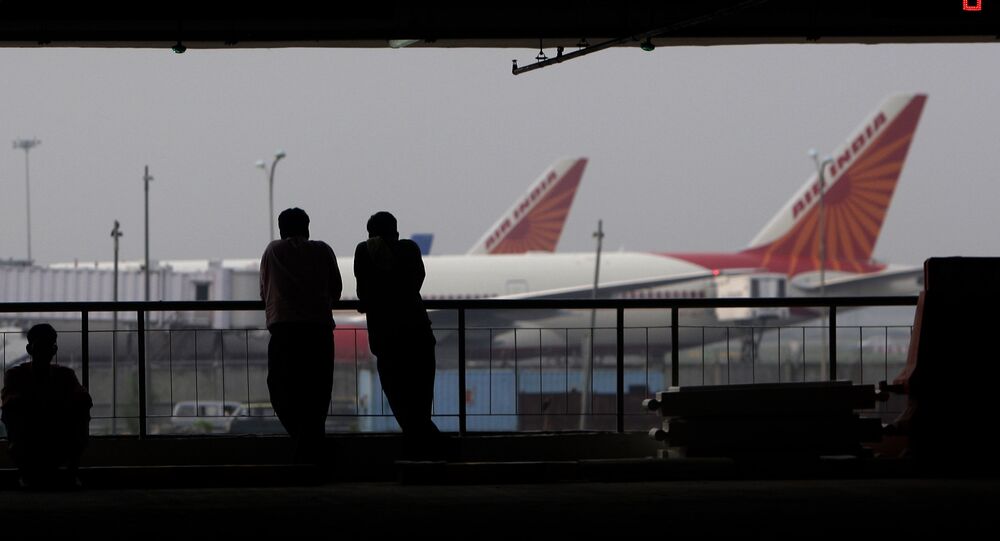 Due to the Covid-19 pandemic, several Indian states have made it mandatory for all interstate flyers to present a negative test upon arrival.

A man who boarded an IndiGo flight to Maharashtra's Pune city at Delhi’s Indira Gandhi International Airport caused panic minutes before take off after declaring he was COVID positive, an airport official said on Saturday.

Speaking to Sputnik, the airport official – requesting anonymity – said that the incident took place on Thursday evening. The plane was temporarily grounded as a result.

"The passenger was on board in flight 6E 286 of IndiGo that was scheduled to take off for Pune from Delhi airport at 5.30pm [local time]. After completing the boarding procedure of the passengers, the flight had pushed back and left the tarmac when the incident took place," the official said.

He explained that as the plane was moving towards the runway, the passengers informed the flight crew that he had just received his Covid-19 report, which showed he was positive.

"The pilot in command was informed about the passenger who in turn alerted the air traffic control and requested a return to the parking lot. The aircraft, that had already reached the runway. A medical team at the airport rushed to the reached the aircraft and de-boarded the passenger as per health ministry guidelines," the official revealed.

All passengers disembarked and the aircraft was thoroughly sanitised.

“A thorough fumigation was carried out. All contact points were sanitised, and the entire plane was cleaned. Only after that the rest of the passengers were allowed to board again. The flight finally took off after a delay of one and a half hours,” the official added.

IndiGo did not confirm the total number of passengers or crew members onboard the aircraft at the time of the incident.

Covid cases are on the rise in India, especially in Maharashtra state –  it is mandatory for all flyers from Delhi, Rajasthan, Kerala, Goa, and Gujarat state to produce a negative RT-PCR report upon arrival in Maharashtra.