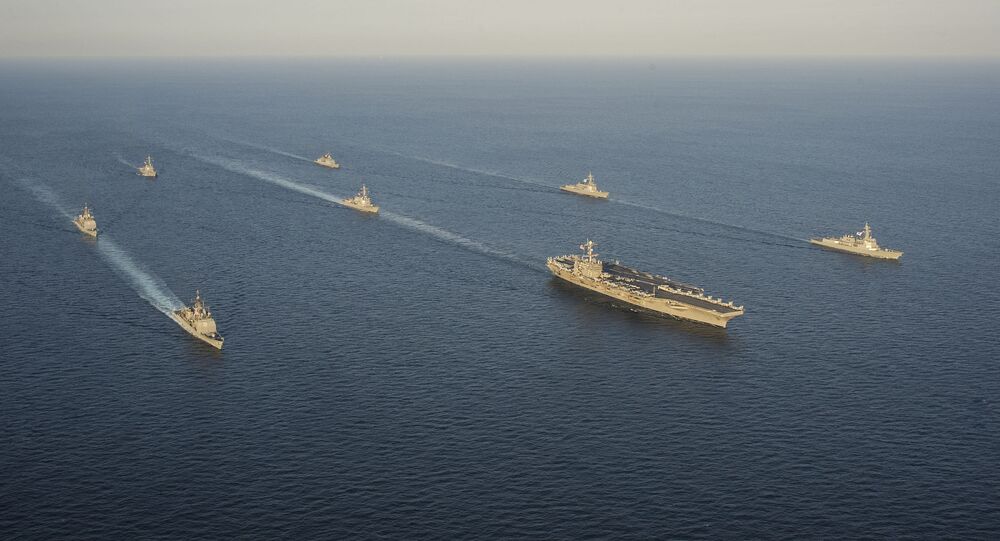 The ‘Quad’, an informal alliance of Australia, US, India and Japan, is viewed by many as a Washington-led ploy to contain China’s rising influence in the Indo-Pacific, a region encompassing the Indian and Pacific Oceans. Australia formally re-joined the Quad alliance last year, after pulling out of it in 2008 in the wake of Beijing's concerns.

The first-ever leadership level summit of the four countries comprising the 'Quad'-- Australia, India, Japan and the US -- will be held in a virtual format in the coming days, Australian Prime Minister Scott Morrison said on Friday, stopping short of revealing the details of the meeting, which he said would take place in a virtual format.

“It will be four leaders, four countries, working together constructively for the peace, prosperity and stability of the Indo-Pacific," the Australian Prime Minister told reporters in Sydney, as per news reports.

“This will become a feature of Indo-Pacific engagement,” added Morrison, also disclosing that he has held discussions with the new US President Joe Biden and Vice-President Kamala Harris over the prospective meeting.

Biden dialled Morrison on 3 February, in the first ever telephone call between the two leaders since the US President assumed office last month.

“They discussed how we can work together to address global and regional challenges, including dealing with China, beating the COVID-19 pandemic, and combating climate change,” said a White House read-out of the call between the Australian and US leaders.

The news about a leadership-level Quad summit has been doing the rounds for several weeks now, with several Japanese publications reporting about such a possibility last month. However, India’s External Affairs Ministry (EAM) rejected these news reports during a weekly press briefing last month.

The idea of holding a leadership-level Quad summit has gained currency only recently, after the Royal Australian Navy joined the four-nation Malabar drills in the Arabian Sea and the Bay of Bengal last year. Canberra had pulled out of the naval drills, the only example of the idea of the Quad alliance manifesting itself militarily, after a gap of 13 years.

Meanwhile, the foreign ministers from four Quad countries on 18 February held their first-ever telephone call since Biden took charge of the White House in January.

“The participants reaffirmed their mutual support for ASEAN centrality.  They reiterated their commitment to the Quad meeting at least annually at the Ministerial level and on a regular basis at senior and working levels to strengthen cooperation on advancing a free and open Indo-Pacific region, including support for freedom of navigation and territorial integrity,” said a US State Department readout of the call.

Critics of the Quadrilateral Security Dialogue call it a US-led strategy to engage Asian countries in an alliance against China, in the face of increased cooperation between the four democracies over recent years.

During a visit to Malaysia in October last year, Chinese foreign minister Wang Yi remarked that the US was trying to build an “Indo-Pacific NATO” by promoting the Quad alliance.