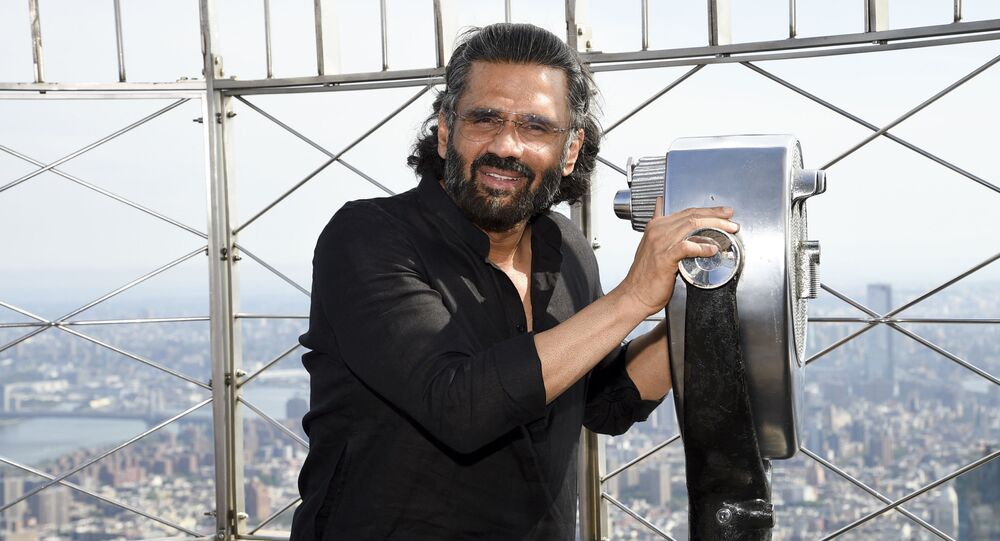 The 59-year-old Bollywood actor Suniel Shetty, fondly known as Anna, has acted in over 100 action and comedy films spanning 25 years, including popular movies like Dhadkan, Gopi Kishan, Hera Pheri, and others.

Bollywood actor Suniel Shetty has filed a police complaint in India's Mumbai city against a production company called Balaji Media Films Private Limited for circulating a fake poster of a movie showing him as its lead role.

On social media, Shetty accused the production house of not only using his picture without his permission but also trying to cash in on his name. He then slammed Balaji Media Films for “exploiting young vulnerable talent."

“I don’t know whose film it is and who they are, nor did I sign this film. They are openly exploiting an artiste. They are trying to get the film financed using my name. This is ruining my reputation and as such, I decided to file a complaint,” Suniel said to English daily Mid-day.

​Meanwhile, Balaji Media Films' manager Ranveer Singh says it was “a mistake on their part" but argues the company was not trying to profit by using the actor's image on the poster.

"We made a mistake. We were preparing for the casting of our two films keeping two to three actors, including Shetty and Bobby Deol, in mind. We made a poster using their photos just to check how they look. But someone made the posters go viral on social media. The posters were later deleted. It is wrong to say that we are seeking money from people by showing Shetty’s photo and poster,” Ranveer said.

The case is being investigated by Mumbai Police.

Suniel fans will be able to see him in the Mumbai Saga’movie starring John Abraham and Emraan Hashmi. His son is also appearing in an upcoming film, Tadap.