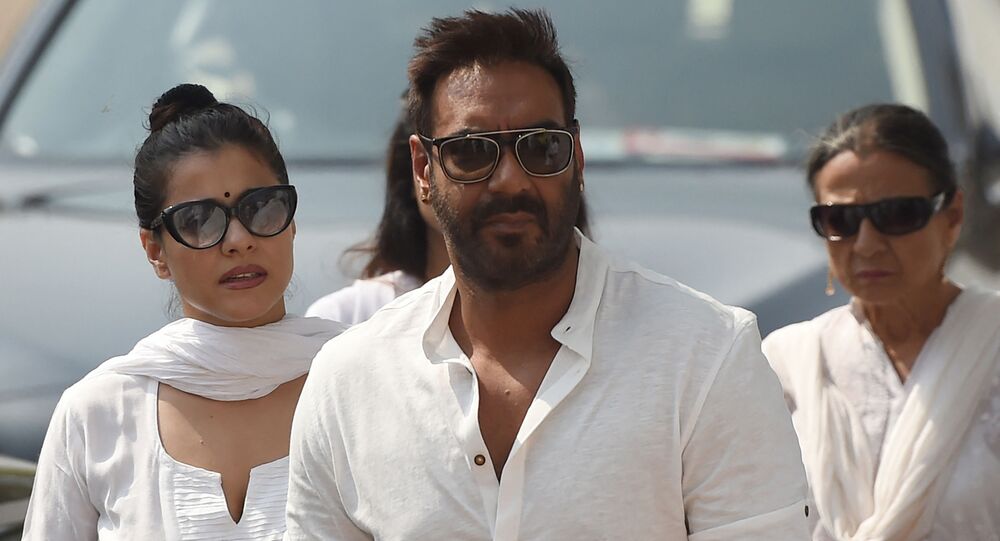 Bollywood stars have been criticised by farmers for not standing up to support them against the three new farm laws passed by the government. Since 26 November 2020, farmers from Punjab, Haryana, and Uttar Pradesh states have been protesting on the borders of Delhi, demanding the laws be repealed.

Rajdeep Ramesh Singh, who was arrested on Tuesday for blocking Bollywood star Ajay Devgn's car, has been released on bail by Mumbai police on Wednesday morning.

The 28-year-old had obstructed Devgn's car and accused him of not speaking out in support of farmers protesting against the new agricultural laws.

The incident occurred in Mumbai city’s film studio as Ajay was on the way to a shoot for his forthcoming Hindi movie Gangubai Kathiawadi. The actor was stopped for around 15 minutes by Rajdeep.

A video of the disturbance, showing Rajdeep causing a fracas in front of Ajay's car, abusing him and demanding he speaks out in support of the farmers’ protest and against the new law, has gone viral. When Devgn's bodyguard asks Singh to move aside, the two end up in a scuffle.

Last month, Ajay was one of several Indian celebrities to issue a tweet urging people not to fall for any false propaganda against the country as many American celebrities - such as singer Rihanna, Amanda Cerny, Mia Khalifa and others - had done, leading them to support the farmers’ protest.

​According to the reports, Singh, who is staying in Mumbai, is a driver from Punjab, one of the states from which a large number of farmers have gathered on the borders of Delhi to protests, demanding the new farm laws be repealed.

The farmers believe that the new laws will pave the way for the minimum support price system (MSP) to be dismantled, leaving them at the mercy of big corporations.