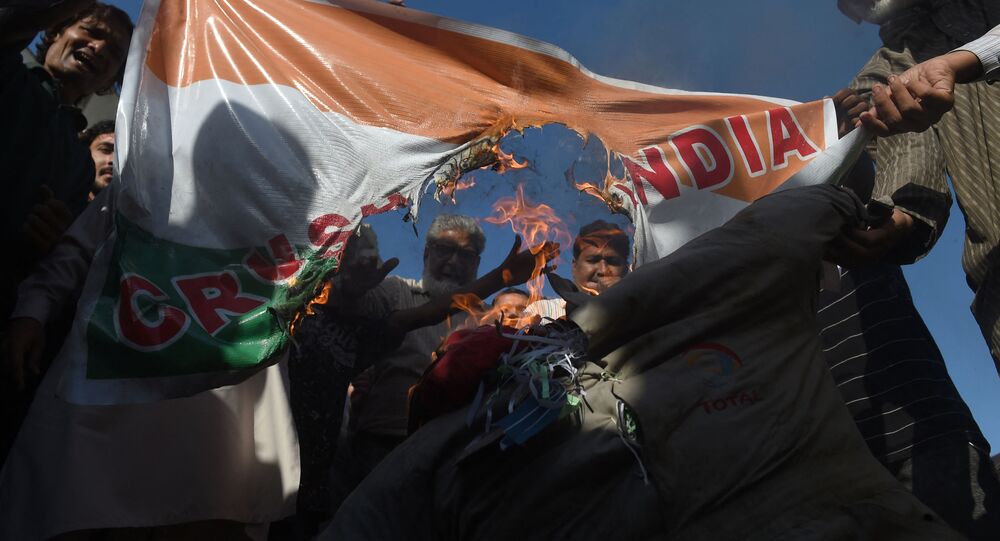 In the video, Pakistani school kids are asked to prepare themselves to stand with the Muslims of Jammu and Kashmir to wage a war against India. A middle-aged man, apparently their instructor, is also heard asking the children to kill anyone who criticises the Prophet Muhammad.

An undated social media video supposedly showing Pakistani school kids being taught to wage “jihad” against India by a middle-aged man has triggered outrage among many Indian social media users.

In the video, whose authenticity couldn't be verified, a Punjabi-speaking man can be heard telling the students that anybody who criticises the "Nabi" must be killed by them. In Urdu, Nabi roughly translates into the messenger of God, which Muslims identify with the Prophet Muhammad.

The instructor is further heard calling on the school kids to “help” the Muslims in Jammu and Kashmir as well as the Rohingya Muslims in Myanmar.

“You all have a duty to go to fight alongside the Muslims of Kashmir”, he says in the video.

While the exact date and location of the footage remain unclear, the masks on the children’s faces indicate it may have been filmed after the schools across the South Asian country re-opened in January this year.

Many Indian social media users deplored that the kids were being "brainwashed" at such a tender age, while others expressed little surprise at the state of education in their arch-rival neighbouring country.

Across govt schools in Punjab (Pakistan) the syllabus includes beheading and Jihad.

Feel sad for these kids. They will grow up thinking that Lashkar-e-Toiba is an MNC and being a terorist is a career opportunity! #TerrorState pic.twitter.com/4apAbsjKJJ

​The issue of sovereignty over Jammu and Kashmir, parts of which are administered by India and Pakistan, has been a longstanding one between the two sub-continental, nuclear-armed neighbours since their independence from Britain in 1947. The two countries have fought three wars over the region, which lies at the tri-junction of India, Pakistan, and China. Beijing also controls a part of the Jammu and Kashmir region.