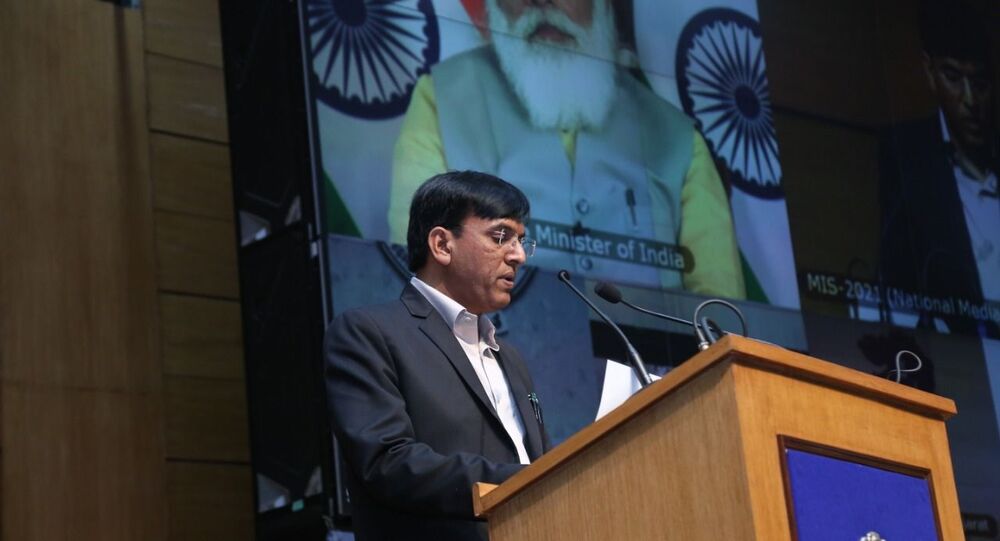 The Chennai-Vladivostok shipping lane is considered a crucial component of India’s own Indo-Pacific vision, which aims at enhancing connections in the Indian and Pacific Oceans. Amid growing maritime security, convergence between India and the US in the Indo-Pacific waters, New Delhi says it needs Russia to boost its maritime sector.

The new sea route connecting the south Indian port to the largest Russian city in the country’s Far-Eastern region is nearly 5,600 nautical miles long and will pass through the Indian Ocean and the South China Sea before entering the Sea of Japan, where Vladivostok is located. A memorandum of intent to develop the sea lane was signed between the two countries during Prime Minister Narendra Modi’s trip to Moscow in September 2019.

New Delhi is also part of the US-backed Quad initiative, which is carrying out “freedom of navigation” exercises in the South China Sea and the Indian Ocean, in what analysts say is a means to counter Beijing's rising influence in the region.

© Photo : India's Ministry of Ports, Shipping and Waterways
India's Shipping Minister Mansukh Mandaviya (third from right) at the inauguration ceremony of the Maritime India Summit on Tuesday. The MIS was inaugurated by Indian Prime Minister Narendra Modi through video conferencing. Modi is seen in the background on the screen

Speaking exclusively with Sputnik, India’s ports and shipping minister Mansukh Mandaviya said that even though India was aiming to “strike a balance” between its ties with Russia and the US, it couldn’t overlook its own economic interests, which rely on greater Russian involvement in India’s maritime sector.

Sputnik: There is a growing perception that India’s interests are more in line with the US, as part of New Delhi’s vision for Indo-Pacific. So, how do you see the role of Russia in India’s maritime sector in the coming years?

Mandaviya:  Our maritime cooperation with Russia is very old. At present we are in the final stages of finalising the plan to establish a new route from the Russian port of Vladivostok, in the Far-Eastern region, to the south Indian port of Chennai.

Also, Russia’s low-draft vessel technology is among the best in the world. As part of Prime Minister Narendra Modi’s "Maritime India Vision 2030", we are looking to develop 5,000 kilometres of inland waterways in India by 2030. There is going to be a huge demand for low draft vessels on our inland waterway routes.

© Sputnik / Vitaly Ankov
The Spectrum of the Seas cruise ship arrives in the port of Vladivostok. The vessel is based in Shanghai and carries passengers to Japan.

That’s where we will need help from Russian companies: several Russian government businesses have already expressed interest in assisting us with developing our low-draft vessel technology to boost our inland waterways’ infrastructure.

Finally, Russia is an important partner to us for developing our shipbuilding industry. They have the technology; we, on the other hand, have the manpower and the brainpower.

Our fleet of merchant navy sailors is growing and they are in high demand across the world. Today, India has more than 250,000 sailors serving on different flag vessels around the world.

Sputnik: How soon may one expect the Chennai-Vladivostok maritime shipping lane to be in operation?

Most of the formalities to make the shipping route fully operational have already been worked out between New Delhi and Moscow.

Sputnik: How is India able to strike a balance between its involvement in US-backed maritime security initiatives such as the Quad (four-nation informal naval grouping comprising US, India, Australia and Japan) and its increasing involvement with Russia?

Mandaviya: Well, we are aware of the geopolitical realities. Obviously, striking a balance is important for India. But, at the same time, Prime Minister Narendra Modi’s government has always been determined to put India's interests first.

For instance, a greater role from Russia in developing the infrastructure of our inland waterways would greatly help us to bring down the share of logistical costs in the finished product. At present, approximately 14 percent of the total cost of the export is spent on logistics, which includes transporting the finished goods from the hinterland to the port.

Sputnik: Prime Minister Narendra Modi’s government has spelt out an ambitious 10-year strategy till 2030 to develop the maritime infrastructure. How does this differ from the intentions of previous administrations?

Mandaviya: Well, the government has to think comprehensively when developing infrastructure.

Why have our logistical costs remained high?  When the other countries were setting up industries near their coast to make it easier to transport finished goods, we had been setting up infrastructure in the hinterland and then transporting the finished product to the port. One must remember that nearly 95 percent of traded cargo leaves the country through a sea port.

So, this government has focused on port-led development and industrialisation. We are developing industries, and special economic zones (SEZs) to develop around ports, so that goods manufactured near the port don't have so far to travel before they can be shipped abroad.

One must understand that the government’s role is that of a facilitator. The government has no role in running a business. That’s why, I also passed the Ports Authority Bill in the Parliament. The ports will have all the power to develop infrastructure around them and help increase the overall export environment.

Besides making our exports more competitive, such initiatives would also enhance our ease of doing business.

Sputnik: You also said India’s merchant navy will be crucial to New Delhi’s maritime strategy. How is the government protecting the interests of Indian sailors, bearing in mind reports that many were stranded in Chinese waters because of a shortage of berths at Chinese ports, COVID-related restrictions and trade disputes? What’s will New Delhi do to protect its merchant navy?

Mandaviya: Well, there were two vessels with Indian crew that had been stranded in Chinese waters for nearly six months because of the unavailability of berths at Chinese ports. One was an Indian flag vessel and the other one was sailing under the Panama flag.

After learning of the situation, our ministry swung into action and contacted the Ministry of External Affairs (MEA), which in turn contacted the Indian Embassy in Beijing. They took the matter up with the Chinese authorities.

It was because of our diplomatic efforts that we were able to convince the Chinese authorities to let the Indian crew leave their ships and be flown to Japan. In Japan, we brought our crew members back on a chartered flight. Although the ships still don't have a berth at the Chinese ports, at least we have our sailors back.

We have also started a new portal to highlight such cases, as we recognise that with a growing fleet and increasing strategic and economic competition, more such incidents might take place in the future. But have no doubt that our government stands solidly behind its merchant sailors.