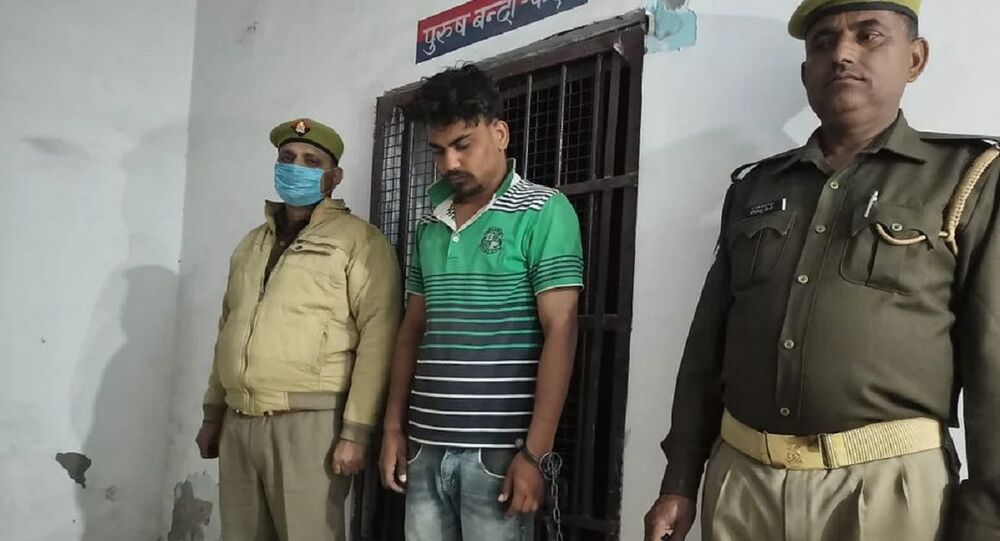 Between 2018 and 2019, India reported 4,05,861 cases of crimes against women out of which, 59,853 incidents were reported in the state of Uttar Pradesh (UP), as per the National Crime Record Bureau's 2019 "Crime in India" report. In recent days, cases of brutal rapes and murders of women have also emerged from Uttar Pradesh.

Twitter timelines in India have been flooded by a gut-wrenching video clip of a sexual assault survivor whose father Amrish Sharma was shot dead in broad daylight, allegedly by her molester, in the city of Hathras in Uttar Pradesh.

"First, he molested me and now he has shot my father. There were bullets in my father's head, stomach, and chest. My father had no enmity against anyone. The murderer's name is Gaurav Sharma who had come to our village. There were six-seven people. I want justice", the victim can be heard saying in Hindi in the video.

​The victim's deceased father had filed a case against Gaurav Sharma in July 2018 for sexually assaulting his daughter. After spending a month in jail, Sharma was released on bail. The families of both the victim and the accused have remained hostile towards each other since.

On 1 March, a heated argument transpired between family members of the victim and accused when they found each other face-to-face at a temple in Hathras. As the argument intensified, Sharma called his friends for help and it led to the accused allegedly shooting the victim's father dead, said Hathras City Police Chief Vineet Jaiswal.

Netizens have reacted strongly to the wailing victim's video – raising questions about the safety of people in India.

​Uttar Pradesh State Chief Yogi Adityanath has ordered officials to invoke the National Security Act (NSA) against the accused to ensure the "severest" possible punishment. The NSA permits the government to detain a person if authorities are convinced that the said individual is a potential threat to national security.

At present, two of the four accused in the killing of the victim's father have been arrested.

​In September 2020, a 19-year-old Dalit woman was gang-raped in Hathras, allegedly by four upper caste men. After fighting for her life for two weeks, she died in a Delhi hospital. Under the pretense of avoiding communal disharmony, police officers handling the case forcibly cremated the victim's body in a field – without even letting her mortal remains return home for a farewell.