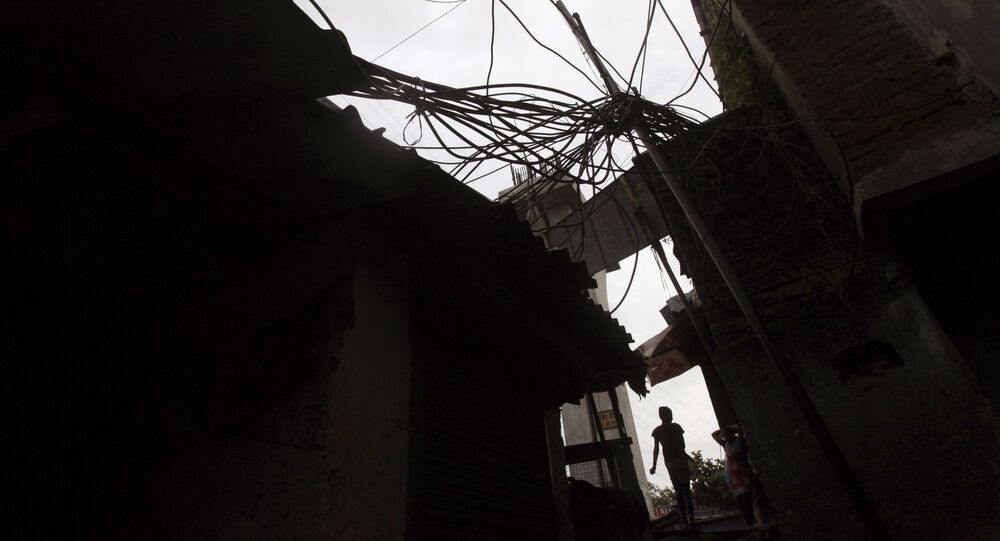 Nearly five million homes in India's financial capital Mumbai suffered power outages on 13 October after a "technical failure" at a power station, causing suburban train services and stock market operations to come to a grinding halt for several hours. A new US study has now blamed Beijing for causing the citywide blackout.

A new study by a US-based cybersecurity company, Recorded Future, has drawn a possible link between the massive power outage that struck Mumbai in October of last year and the Ladakh military standoff with China, indicating that the citywide blackout could have been strategically planned to send a message to New Delhi not to push too hard on its border claims.

The Ladakh military standoff, the deadliest between the two Asian neighbours since the 1962 border war, began in April of last year. Amid the face-off, Indian and Chinese troops clashed with unconventional weapons in the Galwan Valley, one of the four friction points, leaving 20 Indian and four Chinese soldiers dead.

"10 distinct Indian power sector organisations, including 4 of the 5 Regional Load Despatch Centres (RLDC) responsible for operation of the power grid through balancing electricity supply and demand, have been identified as targets in a concerted campaign against India's critical infrastructure. Other targets identified included two Indian seaports", says the Recorded Future report, compiled by one of its partner companies Inksit Group.

Recorded Future's findings claim the malware from Red Echo into Mumbai's power grid "wasn't activated" at the time, highlighting that the source code couldn't be examined because of Indian authorities' refusal to share information about the incident with the US company.

"Recorded Future notified the appropriate Indian government departments prior to publication of the suspected intrusions to support incident response and remediation investigations within the impacted organisations", it said.

The findings, which were first reported by The New York Times, come just weeks before a government investigation is scheduled to report on the possible causes behind the Mumbai outage, which crippled India's financial capital on 13 October 2020.

The findings are in line with fears raised by the Maharashtra Cyber Department, which blamed the power failure on Chinese hackers. Nitin Raut, the power minister in the state of Maharashtra, said at the time the outage was a result of "sabotage".