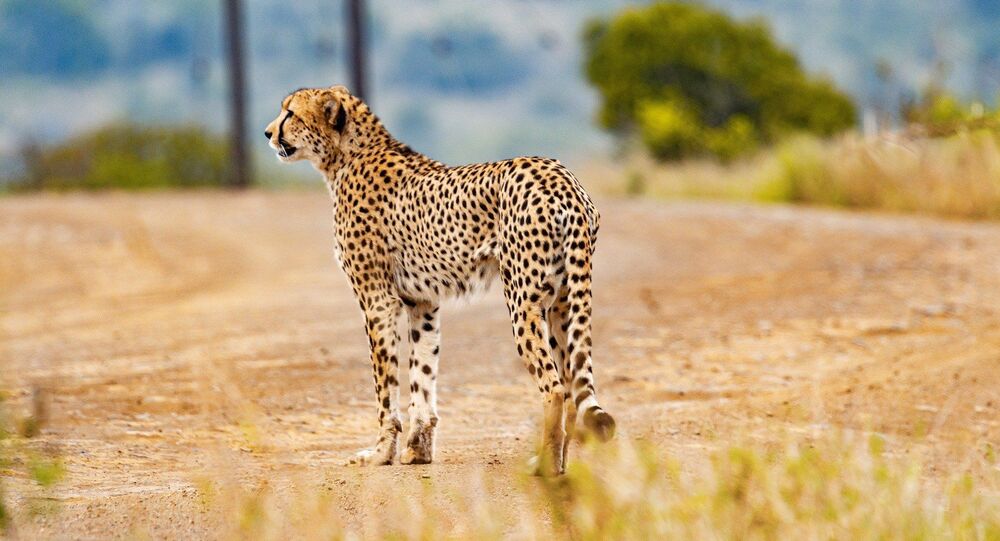 The fastest land animal was last spotted in the forests of India's Chhattisgarh state in 1947 and in 1952 it was declared extinct in the country. Recently, wildlife scientists have been urging the government to make attempts to return the African Cheetah to Indian habitats.

With India’s Supreme Court giving clearance to the reintroduction of the big cat, wildlife scientists in India are finalising possible habitats in the country where the cheetah, borrowed from Africa, will adapt and thrive.

Dr. Yadvendradev Jhala, a dean of the Wildlife Institute of India based in Dehradun city of Uttarakhand, and his team have been scouring the jungles in India’s Madhya Pradesh and Rajasthan state for the better part of the past year.

Their groundwork is the key to the success of the African Cheetah surviving and adapting in Indian jungles. The team will give their recommendations to a committee appointed by the Supreme Court looking into conducive habitats for the top tier predator.

“The reintroduction of the cheetah in India will happen this year. We are expecting nearly 35- 40 cheetahs from Africa over a period of five years. It has been a long struggle for the animal that roamed our forests 70 years ago,” Jhala told Sputnik.

“The project got shelved due to an order of the Supreme Court, but since last year it has been revived and taken up on priority basis after the Apex Court gave its approval and clearance for the reintroduction project,” Jhala said.

The animal, found primarily in the African savanna, is considered vulnerable under the International Union for Conservation of Nature’s (IUCN) red list of threatened species.

In January 2020, the Supreme Court of India lifted its stay on a proposal to introduce African Cheetahs from Namibia into the Indian habitat on an experimental basis. The apex court earlier stalled a May 2012 proposal to reintroduce foreign cheetahs into the Kuno Palpur wildlife sanctuary in Indian state of Madhya Pradesh because of fears that the Cheetah project would jeopardise the simultaneous reintroduction of lions into the same sanctuary.

“The hunt for a conducive habitat has narrowed down to the states of Madhya Pradesh and Rajasthan, though earlier we also surveyed Chhattisgarh and Gujarat,” said Dr Jhala.

The Apex Court approved the cheetah's reintroduction on the plea of the National Tiger Conservation Authority. The Apex Court stated that a proper survey must be done to identify the best possible habitat and efforts made to ensure they adapt to Indian conditions.

“We are going to send a team of experts to Africa for training, as a run up to the project and ensure we are well prepared to host the animal,” a senior official in Madhya Pradesh’s forest department told Sputnik.

Kuno National Park, already home to tigers, lions and leopards, is being readied for the cheetah with some changes in physical features of the forest also being done, said the official.

The forests’ grass land area is being increased to help cheetah settle down.

Supreme Court Allows Reintroduction of Cheetahs From Africa in India