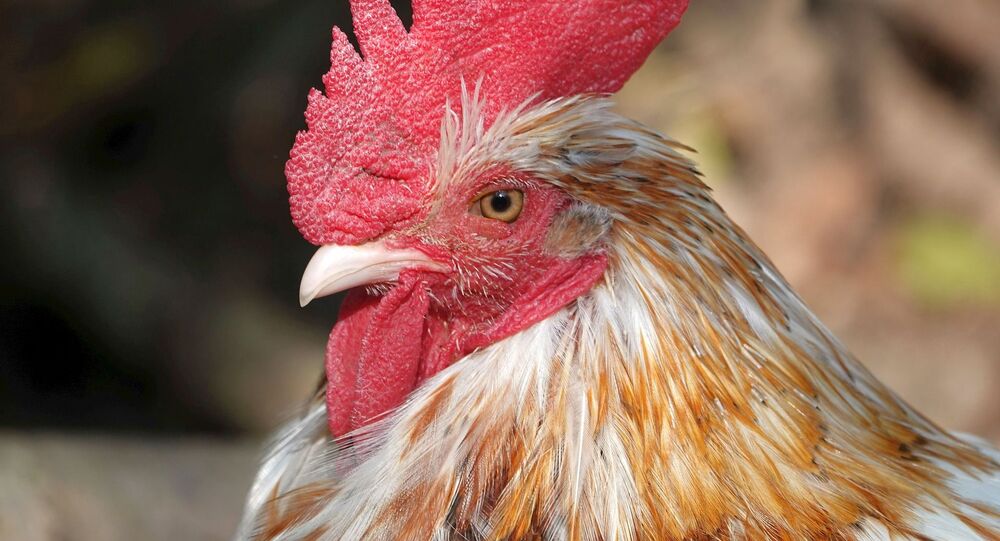 Rooster Appears to Kill its Owner With Cockfight Blade in India

Cockfighting, involving fights between roosters, is illegal in India but nonetheless primarily takes place in January in the coastal districts of Andhra Pradesh, including Krishna, Guntur, East Godavari and other areas. Sometimes, however, things go wrong in the criminally popular practice, like this time.

In the Indian state of Telangana, a rooster meant to participate in an illegal cockfight, appeared to kill its owner, multiple Indian media outlets reported on Saturday, citing local police.

The grotesque and tragic incident occurred in Telangana's Jagtial district, when the bird, trying to escape from a cockfight, cut its owner's groin with a knife tied to its leg, causing severe blood loss. The man was transported to the hospital and died on the way.

As cockfights are illegal, the incident sparked a manhunt for people who secretly organised the crime.

"We are searching for the other 15 people involved in organising the illegal fight," a local police officer, B. Jeevan, told AFP.

The rooster was sent to a local poultry farm after being briefly held at the police station while the razors taped to its legs were removed. Some reports said that the bird was "taken into custody", but police debunked the assertions, clarifying that the rooster was neither arrested nor detained.

The news went viral and prompted mixed reactions in social media, with some barely containing their laughter while others called for an end to the cruel animal practice.

Now that is what you call Karma. If you make little chickens fight with blades on their feet, you deserve all you get. Bad things happen to bad people.

​Despite the ban, cockfights remain common in some Indian districts, particularly in Andhra Pradesh, as well as Telangana, Karnataka, and Odisha.

This is not the first tragic incident that has happened to those involved in the bloodthirsty entertainment. In 2010, a man was killed by a rooster in West Bengal after the bird pierced his neck with the blade attached to its leg. Later in 2019, a cockfight in Andhra Pradesh resulted in injuries for a spectator who was sliced in the abdomen by a blade.

‘Cock-a-Doodle… I Mean, Quack-Quack’: Rooster Chills While Swimming in Water

No Ticket, Only Love: Rooster Chauffeuring Around a Cute Little Pup