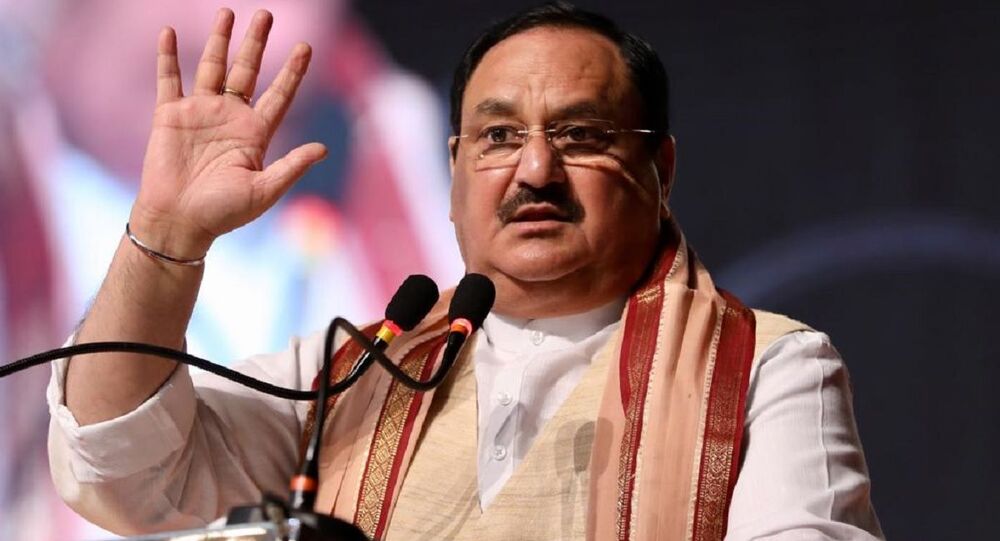 Earlier this month, Pakistani Instagram influencer, Dananeer Mobeen, became a overnight internet sensation when she posted a video of a little road-side dance “party” with her friends. In the clip, Dananeer deliberately pronounced “party” as “pawrii” – in a made up accent and the video went viral on Instagram.

In the original video, Pakistani blogger Dananeer Mobeen shows her car, friends and then pans to the party they are having accompanying each shot with a different sentence in Hindi – “Ye humari gaadi hai” (this is our car), “Ye hum hain” (this is us) and “Ye humari pawrii [party] ho rahi hai” (this is us partying).

Nadda, getting with the zeitgeist, decided to borrow the trending mantra for his election campaign speech and in Hindi said – “Ye Bengal ki janta hai, ye hum sab hai, aur Bengal main parivartan ki tayyari ho rahi hai” -- (These are Bengal’s people, this is us, and Bengal is gearing up for regime change).

​ Assembly elections in West Bengal state are likely to be held in April/May when BJP will be standing against the state's All India Trinamool Congress (TMC) which at present is in charge.

Netizens reacted to Nadda’s attempt to be trendy with shock because a Hindu nationalist BJP leader is borrowing a Pakistani influencer’s trend as part of his election campaign. Jokes and memes on Nadda’s video also have begun to flood Twitter.

What a time to be alive. pic.twitter.com/rjG8fxGG8p

Chief of bjp too got influenced by @DananeerM 🤣

#PawriHoRahiHai BJP is an all out war! Day by day the war is getting interesting! https://t.co/Tfa5YoVBlD