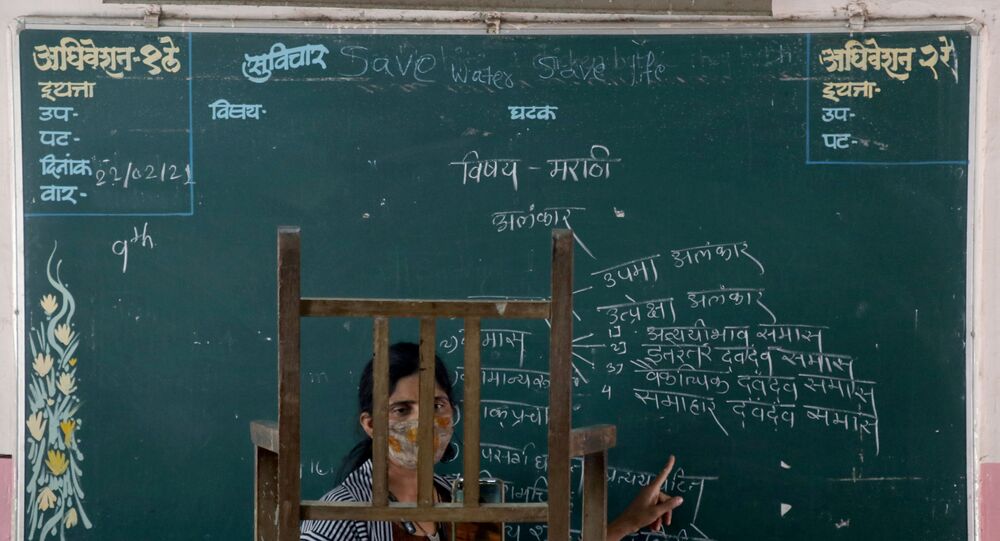 In January, the Karnataka government announced a compulsory 30 percent cut in tuition fees across all private schools in the state for the current academic year (2020-21). The decision came after several protests held by parents' associations claiming they could not afford school fees due to the pandemic.

Demonstrators walked 15 km between Bengaluru Train Station and Freedom Park. Teachers and other school staff are blaming their unpaid salaries on the government order, which has reduced tuition fees by 30 percent compared to last year.

#Teachers we are sorry that you had to go through this nightmare in #Bengaluru #Karnataka pic.twitter.com/4MxniLFco8

#Bengaluru private school #teachers take on streets with slogans
"We had to take to the streets as fee cut would take us to streets"
"Fee cut off decision hitting private school teachers harder than Covid-19"#saveourschools #teachersunite #schoolfees
PC - Ashok KM pic.twitter.com/tFCkKAKuwj

"The objective of the protest is the financial distress of private education institutions, unscientific fee reduction, the imposition of a new school clause for the old schools under the COVID-19 pandemic in the name of the accreditation renewal," read a statement from Karnataka Private School Managements, Teaching, and Non-Teaching Staff Coordination Committee (KPMTCC).

In January, several parents' associations held protests in Karnataka as many schools threatened to halt online classes for students who failed to pay tuition fees.

Following this, the state's education minister – S. Suresh Kumar – said that all the private schools would only be allowed to charge 70 percent of the tuition fees collected last year (2019-2020) for the current academic year.

Meanwhile, Karnataka Private Schools' Parents' Associations' Coordination Committee warned that if the government announced the rollback, it would again hit the streets.