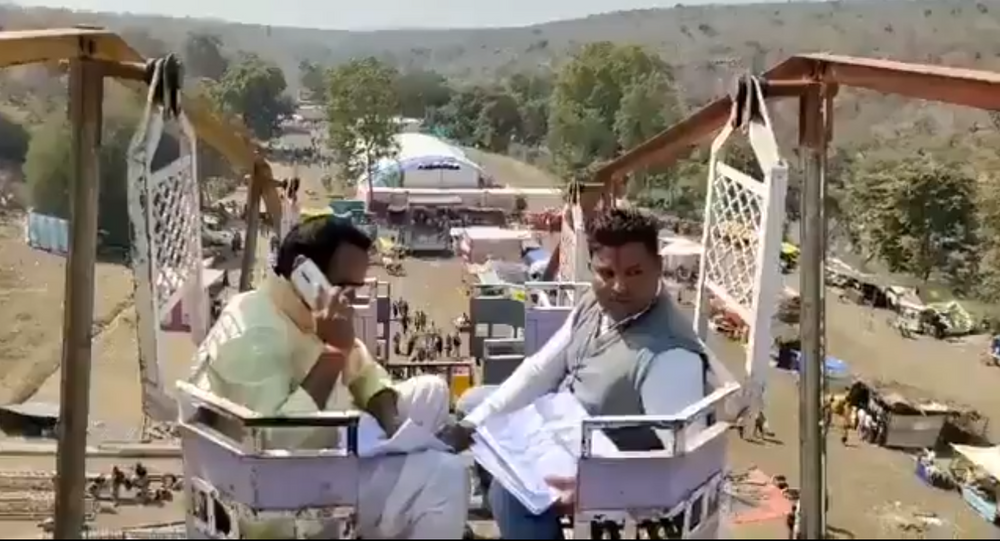 Indian politician Brajendra Singh Yadav and his wife Sunita Yadav are the chief guests of a ritual being held at a temple in their native village in the state of Madhya Pradesh from 18 February to 25 February.

Brajendra Singh Yadav, a Bharatiya Janata Party minister who is participating in a village ritual in the Indian state of Madhya Pradesh, was forced to come up with a creative way to make work-related phone calls after facing major mobile network issues, as the area is surrounded by a forest.

The minister, along with his personal assistant, took a ride on a Ferris wheel, which is part of a fair that is being held close to the ritual site, for the former to be able to make his calls and hear out ordinary people, who tell him about their problems. After talking to locals, the minister instructs officials on how to deal with the challenges they're faced with.

The wheel was stopped at 50 feet, the highest point, so that the minister could make his phone calls.

Between 18 and 25 February, the rituals are held daily from 8 a.m. to noon, and then from 2 p.m. to 5 p.m., so, the minister takes up public matters through phone calls from noon to 2 p.m., when he is free from religious activities.