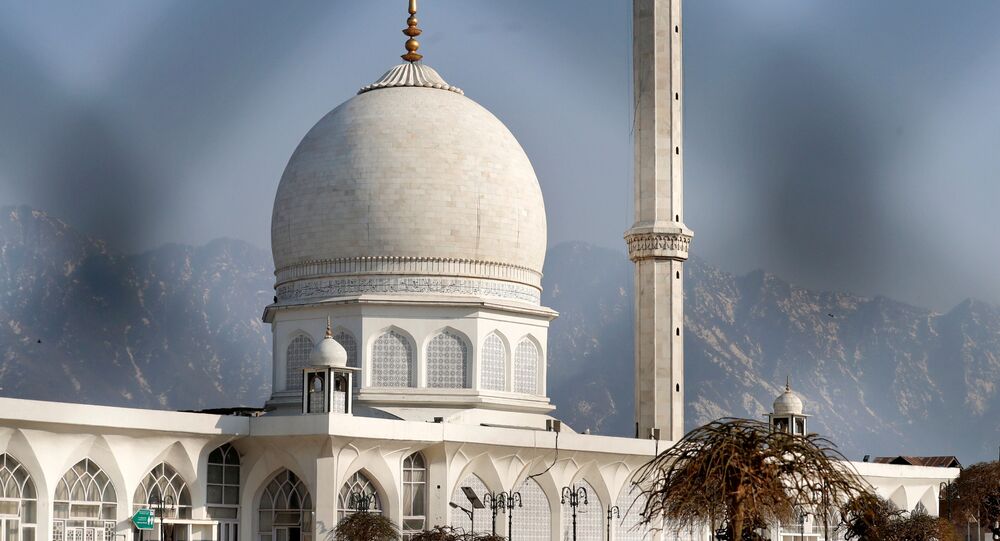 The critical observations against India by UN Special Rapporteurs came during a two-day visit by a group of 24 foreign envoys to Jammu and Kashmir. New Delhi says that the visit by the foreign mission heads to the territory allowed them to witness first-hand the "inclusive development" in the region since 2019.

India has blasted the United Nations (UN) Special Rapporteurs on Minority Issues and Freedom of Religion after the two delegates made critical observations about New Delhi's track record in Jammu and Kashmir since the region’s semi-autonomous status was revoked in August 2019.

“This press release [the observations made by the Special Rapporteurs] calls into question the larger principles of objectivity and neutrality that the SRs are supposed by the Human Rights Council to adhere to,” India’s foreign ministry spokesman Anurag Srivastava said.

In a press release issued back in the Geneva headquarters of the United Nations Human Rights Office of the High Commissioner (OHCHR), Special Rapporteur on Minority Issues, Fernand de Varennes, and Special Rapporteur on Freedom of Religion or Belief, Ahmed Shaheed, expressed concerns over New Delhi’s 2019 decision to end the semi-autonomous status of Jammu and Kashmir which they say has curtailed “the previous level of political participation of Muslim and other minorities.”

Responding to charges of forcing “demographic changes” in Jammu and Kashmir, which is India’s only Muslim-majority region, New Delhi said that people in the union territory are now able to enjoy the same rights on a par with citizens in the rest of the country.

“As for the apprehensions of demographic change, the fact that an overwhelming majority of domicile certificates issued in J&K have been to those who formerly held Permanent Resident Certificates (PRC) shows that these fears are baseless and unfounded,” stated the Indian official.

“The press release fails to take into account the steps aimed at ending decades of discrimination, enshrining democracy at the grassroots’ level through successful conduct of local elections for the District Development Councils, and ensuring good governance through a back-to-village programme,” Srivastava said, referring to the local level elections in the federally administered Jammu and Kashmir Union Territory (UT) in May last year.

The grassroots’ level polls last year was the first mass voting exercise in the region since it was stripped of its semi-autonomous status in August 2019.

The Indian official also questioned the intention of the UN delegates in criticising New Delhi’s policy in Jammu and Kashmir at a time when a group of 24 foreign envoys were visiting the region to learn about the development initiatives by Prime Minister Narendra Modi’s government in the territory.

The UN Special Rapporteurs, in their observations, have alleged that New Delhi was “undermining” the rights of Muslims and other minorities in Jammu and Kashmir through the enactment of the new laws and enforcing demographic changes in the region.

“The loss of autonomy and the imposition of direct rule by the Government in New Delhi suggests the people of Jammu and Kashmir no longer have their own government and have lost power to legislate or amend laws in the region to ensure the protection of their rights as minorities,” De Varennes said.

Commenting on how many non-Muslims are now being granted the right to live in the region, according to new domicile laws enacted by New Delhi, he added: “The number of successful applicants for domicile certificates that appear to be from outside Jammu and Kashmir raises concerns that demographic change on a linguistic, religious and ethnic basis is already underway.”