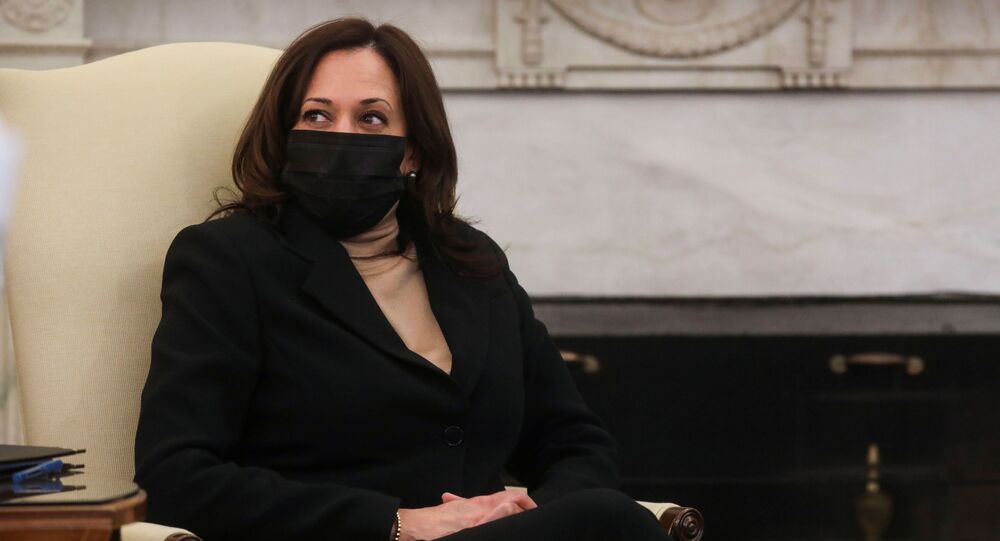 India has not welcomed input from foreign celebrities and politicians over the ongoing farmers' demonstrations, pointing out that these outsiders do not have a proper understanding of India's 'historic' agricultural reforms. Despite this, the niece of US Vice-President Kamala Harris' has regularly commented on how India is handling the protests.

US Vice-President Kamala Harris’ office has warned her niece Meena Harris not to use the former California senator’s name in connection with any “commercial activities” which could imply endorsement for a cause, according to Indian news agency Press Trust of India (PTI) on Thursday.

"The Vice-President and her family will uphold the highest ethical standards and it is the White House's policy that the Vice-President's name should not be used in connection with any commercial activities that could reasonably be understood to imply an endorsement or support," Sabrina Singh, deputy press secretary to the US vice-president, was quoted by PTI as saying.

The advice from the US vice-president to her niece comes just days after the White House also called upon Meena, a lawyer, social media influencer, clothing brand owner and author of children's books, to stop using her aunt’s name to “boost her brand", according to a report in US publication the Los Angeles Times this week.

The LA Times report also quoted US officials disclosing that the ethics lawyers in the White House had already advised Meena against using Harris’ name to promote her books or clothing line, just days after the Biden-Harris team took charge in Washington DC.

The recent spate of advisories directed at Meena come in the wake of her critical comments about the Indian government’s handling of the ongoing farmers' protests.

A tweet from Meena expressing solidarity for the demonstrating farmers at the start of this month, along with similar social media posts on the micro-blogging site from pop singer Rihanna and Swedish teen environmentalist Greta Thunberg, triggered a strong reaction from India's foreign ministry. In a statement on 3 February, India accused foreign individuals of trying to defame India by “mobilising” global opinion against New Delhi.

Days later, Prime Minister Narendra Modi himself criticised the influence of “foreign destructive ideology”, while defending the new farm laws that have triggered massive protests across the country.

Despite objections from the Indian government, Meena has continued to criticise India’s handling of the farmers' agitation as authorities in New Delhi investigate a “global conspiracy” behind the intense protests by thousands of farmers.

What is happening in India is terrifying. Please pay attention. https://t.co/C0SDmkpC9j

​“What is happening in India is terrifying. Please pay attention,” Meena said in a tweet on Wednesday, commenting on the  arrest of 21-year-old Indian activist Disha Ravi, who has been in police custody for editing an “online toolkit” which spells out guidelines to protest against the Indian government both offline and online.

Indian officials have arrested another young female activist, 21 yo Disha Ravi, because she posted a social media toolkit on how to support the farmers' protest. Read this thread about the sequence of events and ask why activists are being targeted and silenced by the government. https://t.co/ycUgDEqwdF