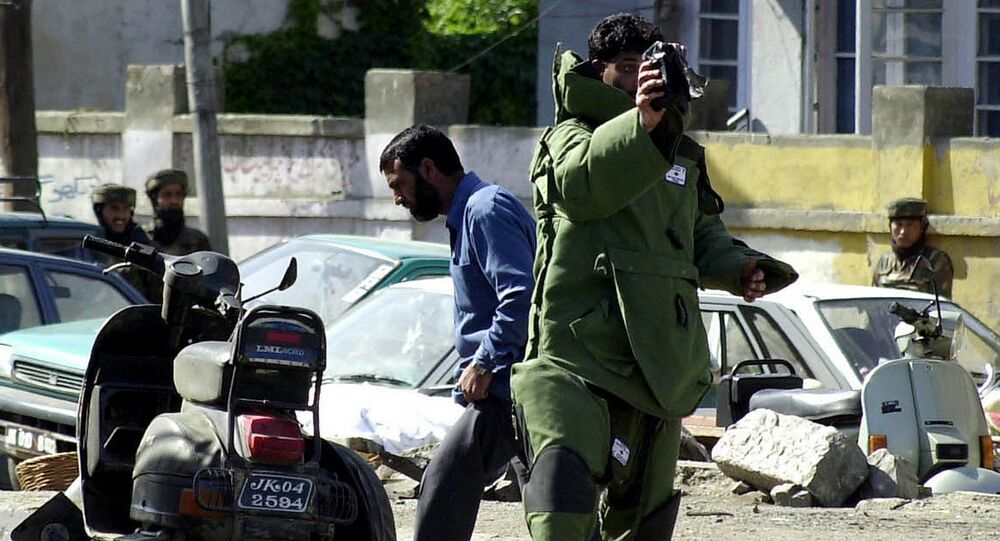 Jammu and Kashmir UT was visited by 20 foreign envoys, including those from the EU and Africa, days after New Delhi restored 4G internet in the region for the first time since August 2019. India’s diplomatic reach to assuage concerns about the region comes amid repeated criticism by Islamabad over the human rights situation there.

Indian security agencies on Wednesday morning found a suspicious object on the highway near Manjankote in the city of Rajouri, prompting them to call in the bomb disposal squad and halt motor vehicle traffic.

Nisar  Khoja, a Sub-Divisional Police Officer in Manjakote, informed reporters that an Improvised Explosive Device (IED) had been planted on the highway.

The police official said that the security agencies had launched a manhunt in the community to track down militants who could have been behind the thwarted terrorist operation.

The development comes as envoys from 20 countries, including those from the EU and Africa, landed at Srinagar Airport at around 9:30 AM in the morning.

The first visit by Foreign Envoys post the restoration of 4G Internet.

​​During their two-day visit, foreign envoys will be taking stock of the overall security and human rights situation in Jammu and Kashmir. They will be meeting civil society representatives and other locals, in a bid to gauge the overall mood in the region.

The envoys are expected to be in Jammu and Kashmir’s capital city Srinagar on 17 February, before making their way to Jammu, the biggest city in the state, on 18 February.

The envoys’ group is the first batch of foreign dignitaries to visit the region since 4G services were restored on 5 February, after they had been shut down in August 2019, when New Delhi changed the semi-autonomous constitutional status of the region and split it into two federally-administered territories.

Overall, this will be the third such visit by foreign envoys to Jammu and Kashmir Union Territory since India’s August 2019 decision. Pakistan, which controls part of Jammu and Kashmir and disputes India’s sovereignty in the region, has blasted New Delhi over the envoys’ visit.

Meanwhile, Islamabad has termed the visit a “smokescreen” meant to divert attention from the human rights situation there.

In a briefing organised on the eve of New Delhi-backed visit of foreign envoys, Pakistan’s Foreign Secretary Sohail Mahmood briefed foreign diplomats posted in Islamabad on the “serious situation” in Jammu and Kashmir as he also called upon New Delhi to cease human rights violations.

FS highlighted systematic HR violations in #IIOJK; int’l community must call upon India for resolution of J&K dispute as per #UNSC resolutions. pic.twitter.com/ux9YwOegYU

​There have been sporadic calls for protests by a few local outfits in the next two days to coincide with the envoys’ visit.