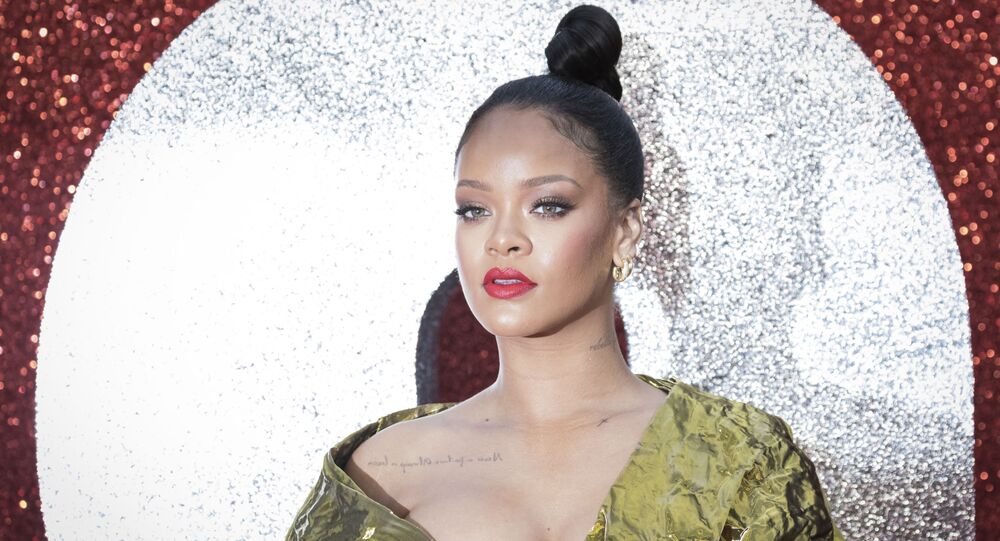 Pop icon Rihanna found herself in the firing line of Indian authorities for the second time this month after a social media post on Tuesday showed her topless with a necklace pendant of the Hindu deity Ganesha. Earlier this month, the singer was among the global celebrities who had expressed solidarity with India’s farmer protests.

Top Hindu organisation Vishwa Hindu Parishad (VHP) on Tuesday wrote to social media platforms Twitter, Facebook and Instagram, demanding the suspension of pop icon Rihanna’s account for posting a topless picture with shorts and a diamond-studded necklace adorned with a pedant in the shape of Hindu deity Ganesha.

“This is an insult to the Hindu sentiments. We won’t stay silent. We have asked all the social media platforms, namely Twitter and Facebook, to take down Rihanna’s anti-Hindu accounts,” said Vinod Bansal, the spokesperson of Vishwa Hindu Parishad (World Council of Hindus).

​The VHP is considered as among the most powerful Hindu outfits and is an ideological ally of India’s governing Bharatiya Janata Party (BJP). It was classified as a “militant” Hindu organisation by the US Central Intelligence Agency (CIA) in 2018.

The VHP’s reaction came amid massive outrage generated by Rihanna’s topless picture, which reportedly was part of her ad campaign for lingerie brand Savage X Fenty.

Bansal also said in a tweet that the VHP had also filed police complaints against Twitter's and Facebook’s management for “suitable legal action”. The VHP said that it had also complained to India’s home ministry and the information and broadcasting ministries.

We complained @DelhiPolice & @MumbaiPolice against CEO @Twitter @Facebook under CC to the ministry of Home & IT GoI for suitable legal action and delete the anti-India and anti Hindu SM accounts of @rihanna pic.twitter.com/xjf3vOuJoA

​Earlier in the day, Ram Kadam, a BJP legislator from Maharashtra state, also hit out at Rihanna over the picture, as he also used the occasion to question Congress leader Rahul Gandhi.

Kadam’s reference was to Rahul Gandhi’s remarks in the backdrop of a tweet by Rihanna in the first week of February, in which the Unfaithful singer had sought to draw attention to India’s ongoing farmer agitation.

Comments by Rihanna and other global celebs, including model Mia Khalifa among others, drew a sharp reaction from India’s foreign ministry as well as the Prime Minister Narendra Modi, latter attributing the “unwarranted comments” to the rising influence of “foreign destructive ideology” in the country.