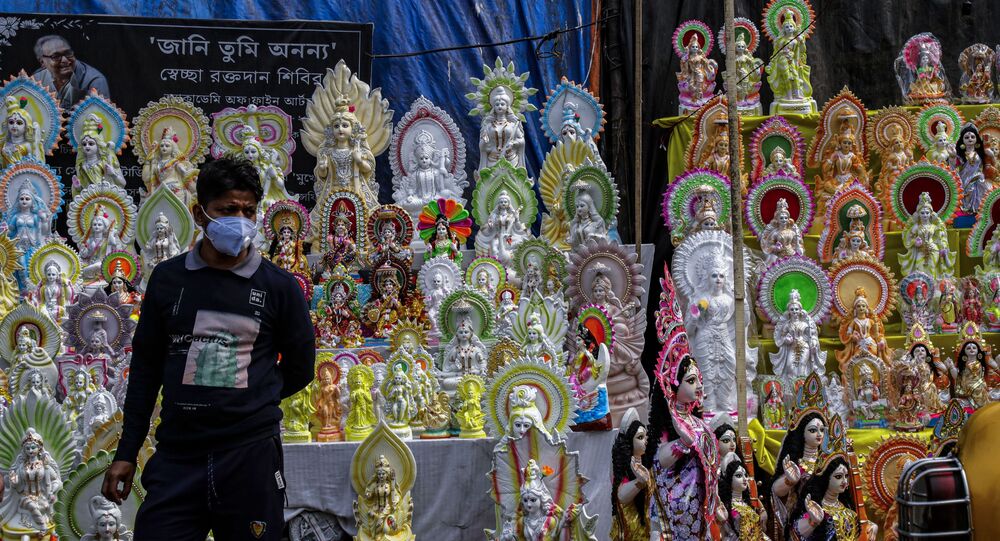 In north India, especially in Punjab and Haryana states, the arrival of the spring season is celebrated with the festival of kites. Many people see it as a day to commence new work and perform house-warming ceremonies. The colour yellow holds significance on this day, as it coincides with the mustard harvest.

As people in different parts of India are marking the Basant Panchami festival on Monday, celebrated as a sign of the arrival of the spring season in the country, the social media is full of public greetings.

This day is also marked as an occasion to worship Saraswati, the Goddess of Knowledge, in many parts of the country.

Greetings on the occasion of #BasantPanchami. The festival marks the arrival of Spring season and is celebrated with great fervour across the country. On this auspicious day, may Goddess Sarasvati bless everyone with knowledge, wisdom, happiness & prosperity. #BasantPanchami2021

May the Goddess Saraswati bless you with knowledge and wisdom on the festival of #BasantPanchami and #SaraswatiPuja. pic.twitter.com/bkME67BMGC

​Noted sand artist Sudarsan Pattnaik wrote on his Twitter, "May the Goddess of knowledge shower her divine blessings on everyone for success in life," while Bollywood actor Anupam Kher greeted his fans on this occasion.

Greetings On #बसंत_पंचमी & #SaraswatiPuja to Everyone. 😊😊💐💐🙏🙏 May Maa Saraswati Bless All Of Us With Good Knowledge & Prosperity. pic.twitter.com/kmuVTHkSRR

May Goddess Saraswati bless you with the ocean of knowledge which never ends! Happy Vasant Panchami! #vasantpanchami #SaraswatiPuja pic.twitter.com/xZinx5GbD5

May the wisdom prevail.

#vasantpanchami is a festival that marks the preparation for the arrival of spring.
Vasant Panchami is the festival dedicated to goddess Saraswati who is their goddess of knowledge, language, music and all arts. pic.twitter.com/vOy1R7vpS2

Maa Saraswati is the Hindu Goddess of learning wisdom, music & aesthetics. She is also known as Bharati Veda Mata, Sharada Devi, Mahavidya, Vagdevi etc. She is the consort of Brahma. May Maa Saraswati bless everyone with knowledge & wisdom.#SaraswatiPuja🙏 #vasantpanchami🙏 pic.twitter.com/IfB16MGACb

Indian Festivals Go On Even When the World Stops: Harvest Celebrations Kickstart in Quarantine