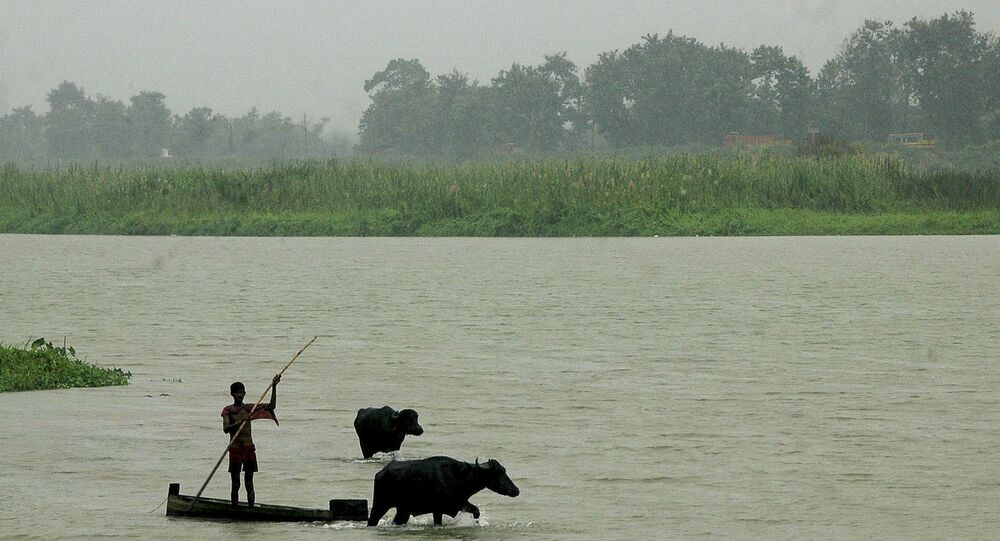 The sharing of the Teesta River's waters is a major bone of contention between Bangladesh and India and has assumed more political significance ahead of this year's polls in India's West Bengal state.

“There are reservations (expressed) by the West Bengal government,” said Doraiswami while responding to a question from a journalist about whether the Teesta water sharing pact would finally be sealed during Prime Minister Narendra Modi’s visit to Bangladesh next month.

An official at the National Press Club confirmed to Sputnik that a question on the agreement was raised during Monday’s event.

The issue of sharing Teesta's waters has been a thorny bilateral issue between the two south Asian neighbours, with Dhaka pressing New Delhi for an arrangement that would allow a more equitable distribution of the river, which originates in China’s Tibet Autonomous Region. It flows through the Indian states of Sikkim and West Bengal before entering Bangladesh.

Dhaka has often complained about the river's weak water flow from December to March, when India's Gazaldoba Barrage helps it to retain water. As a result, the north-western part of Bangladesh on the Indian border usually faces acute water shortage during this period.

The sharing of the river's waters has been delayed by Banerjee's reservations. In 2011, he convinced the previous Congress-led United Progressive Alliance (UPA) federal government against signing the pack, just as New Delhi was about to green light it.

Banerjee, whose Trinamool Congress party has been in power in West Bengal since 2011, again expressed reservations about sharing the river's waters in 2019.

In August 2019, during a visit to Dhaka, India’s External Affairs Minister S. Jaishankar said that there was no “change” in New Delhi’s stand over sharing water.

The issue has featured regularly in conversations between Indian Prime Minister Modi and his Bangladeshi counterpart Sheikh Hasina, most recently during a virtual summit held between the two leaders in last December.

“Prime Minister Sheikh Hasina highlighted the need for early signing of an interim agreement for sharing of the Teesta waters, as agreed upon by both the governments in 2011. Prime Minister Narendra Modi reiterated India’s sincere commitment and continued efforts of the Government of India in that regard,” said the joint statement after the summit.

Several Indian commentators have also expressed concerns over Beijing’s $987-million loan to Dhaka for water management projects on the Teesta River, viewing the development as a ploy by China to increase its footprint in India’s proximity.