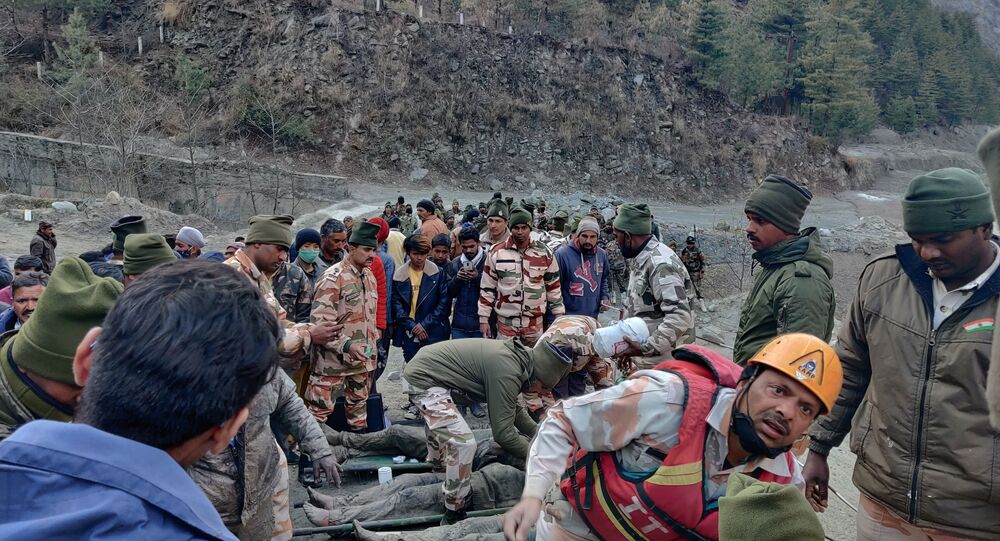 Death Toll From Glacier Disaster in Northern India Rises to 45

NEW DELHI (Sputnik) - The number of people who have died as a result of the breaking of the Nanda Devi glacier in the northern Indian state of Uttarakhand has reached 45, the head of the National Disaster Response Force, Satya Narayan Pradhan, said on Sunday.

Earlier data indicated that 41 people has been killed in the disaster.

According to the Indian Ministry of Internal Affairs, the glacier descended on 7 February, triggering a rise in the water level in the Rishiganga River that washed away the 13.2 MW Rishiganga hydroelectric power station.

© AP Photo / Rishabh R. Jain
Rescuers leave on a boat to search for bodies in the downstream of Alaknanda River in Rudraprayag, northern state of Uttarakhand, India, Monday, Feb.8, 2021.

The flash flood also impacted a hydroelectric project of India's largest energy conglomerate NTPC at Tapovan on the Dhauliganga River.

As of Sunday, 164 people are missing. The search operation involves national and local rescuers, Indo-Tibetan police officers, and the military.