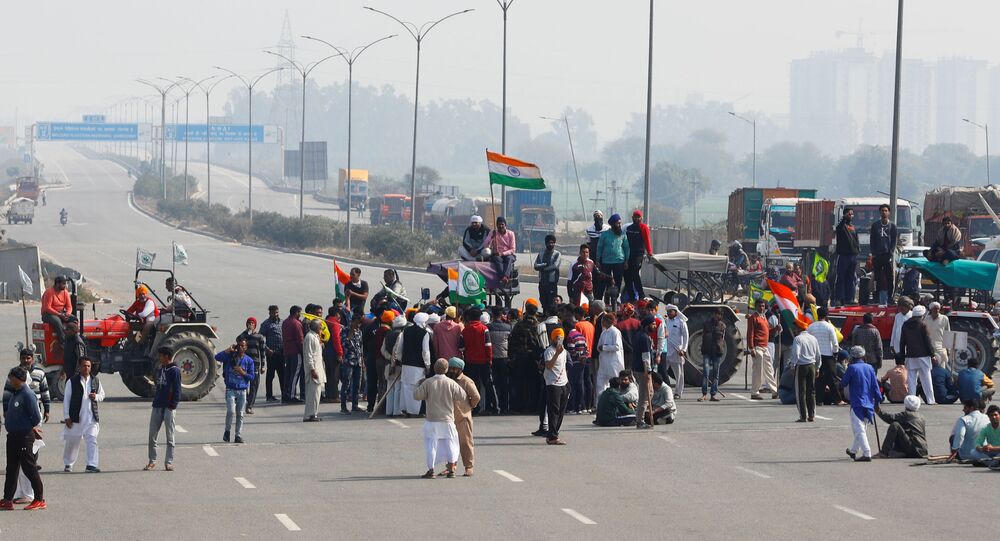 Indian Prime Minister Narendra Modi recently warned that the public should be cautious of “foreign destructive ideology”, referring to mounting global criticism of Delhi’s crackdown on farmer dissent. Indian observers, however, suggest that liberals across the world are always encouraged if a Democrat is in power in the White House.

By encouraging criticism of India over Delhi's handling of the ongoing farmer protests, the Biden administration is likely to “significantly weaken” the strategic position of the US in the Indo-Pacific region, according to analysts linked to international affairs in India.

According to Professor Sreeram Chaulia, the dean of the India-based Jindal School of International Affairs, if Democrats are in power in the US, liberals in the country and across the world become "pretty upbeat about upholding the so-called democratic values around the world".

"Many within the Democratic Party are staunch liberals and they don’t like a nationalist leader like [Prime Minister Narendra] Modi,” Chaulia opined while talking to Sputnik.

“However, the US will only be hurting itself if it pushes India too much on issues concerning human rights or over New Delhi’s handling of the farmer protests,” reckons the academic.

Chaulia feels that India, in recent years, has earned the goodwill of the international community, pointing to India's election as a non-permanent member of the United Nations Security Council (UNSC) by a record margin of 184-8.

"Besides, the United Nations (UN) has praised India's COVID Vaccine diplomacy," says Chaulia, as he notes New Delhi's recent efforts to export a COVID vaccine to more than 55 countries.

"Even if we leave the international laudits being heaped upon New Delhi, Prime Minister Narendra Modi's position in domestic polity remains unchallenged," he emphasises.

"Given these global and domestic factors, all this international criticism would matter little for the Modi government," Chaulia believes.

He underlined that the implementation of the three new farm laws would be a “shot in the arm” toward finalising a prospective US-India Free Trade Deal, and indicated that Washington should encourage these new farm laws.

Besides being a major Quad (a four-nation informal alliance comprising US, Japan, Australia and India) ally and a defence partner in America’s Indo-Pacific strategy, the US is also India’s largest trading partner, with bilateral trade reaching $146 billion in 2019.

Chaulia’s observations come against a backdrop of at least four recent observations over the last two weeks from the US government over the need to uphold “democratic norms” and respect “civil society”.

On Wednesday, US State Department spokesperson Ned Price told reporters at a press briefing that the US was "committed to supporting democratic values and freedom of expression", while responding to a question on India's request to social media giant Twitter, in which Delhi has demanded the suspension of social media accounts critical of the government's handling of the farmer protests.

Price on Tuesday said that the Biden administration was “regularly” discussing with Delhi human rights concerns around India’s citizenship law, its handling of the Kashmir dispute and the farmer protests.

“We regularly engage with the government of India – including, as you referenced and I alluded to, today – on our shared commitment to democratic values. We believe it’s the bedrock for the US-India relationship,” the State Department spokesperson said.

A day earlier, the US president told Modi during a telephone call that he intended to “defend democratic institutions and norms around the world and noted that a shared commitment to democratic values is the bedrock for the US-India relationship”.

References to ”defend democratic institution and norms” were missing from the official statement released by India’s External Affairs Ministry, a point not lost on Indian observers.

© REUTERS / ADNAN ABIDI
US Welcomes India's New Farm Laws While Advocating Internet Access as a 'Fundamental Right'
Last week, the US State Department, in response to a question on Indian police crackdowns on the ongoing farmer protests, called upon Delhi to respect the right to freedom of expression, after Indian authorities placed curbs on the internet at farmer protest sites on the Delhi state borders.

"We recognise the unhindered access to information, including the internet, is fundamental to freedom of expression and a hallmark of a thriving democracy", said the State Department.

The statements from the US came days after global celebrities, including pop icon Rihanna, adult film model Mia Khalifa and US Vice President Kamala Harris’ niece, Meena Harris, expressed concern over the Modi government’s crackdown on protesting farmers who are seeking the repeal of the three new farm bills which they claim hurts their ability to be competitive in the market.

“Some of these vested interest groups have also tried to mobilise international support against India…. This is extremely disturbing for India and for civilised society everywhere,” India’s External Affairs Ministry stated on 3 February, responding to celebrity commentary.