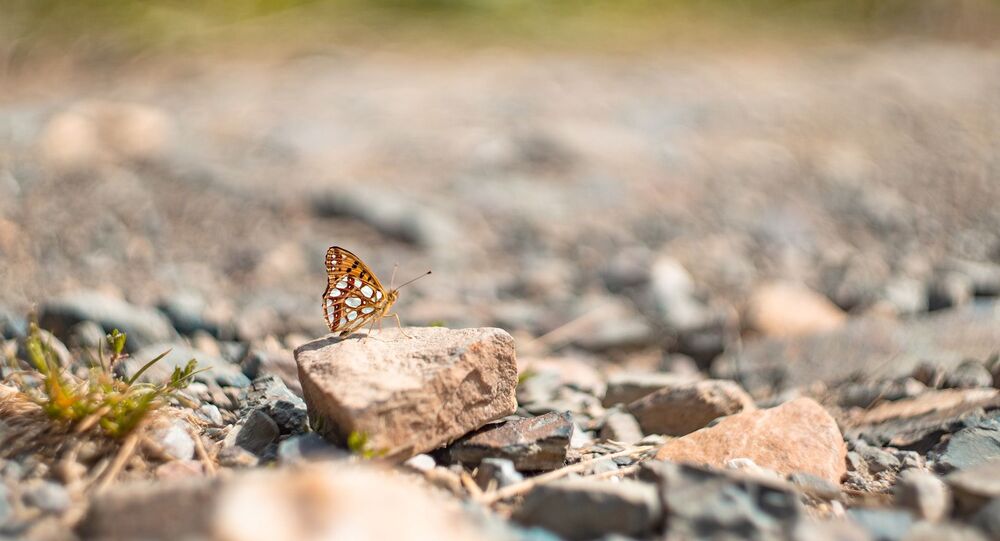 The boss of an e-commerce site IndiaMART has been booked for “wrongful gains" after a local BJP employee alleged that it is removing rocks from a hill considered sacred among Hindus. Legend has it Lord Krishna had lifted the hill in ancient times to protect the villagers of Mathura from heavy rain caused by the God Indra’s anger.

The outrage surrounding the arrest of the chief executive of a popular Indian e-Commerce site, IndiaMART, has grown as many people have been horrified to discover that the site allegedly put up for sale pieces of rock from highly revered Govardhan Hill, in India’s Uttar Pradesh state.

The Uttar Pradesh state police booked the businessman because of a complaint from a BJP employee who said he felt disgusted to see on social media that the e-commerce site had an advertisement offering to sell pieces of rock from the Govardhan Parbat (hill), widely considered and worshipped as a form of Lord Krishna.

Talking to Sputnik on Thursday, Shirish Chandra, a senior police officer of Uttar Pradesh Police, said: “We are in the process of defining roles of those accused in the case. We have more than 10 complaints and have lodged a case based on them."

“This hill is worshipped by people here who believe that no rock from the hill can be picked and moved out of Mathura. For them, it is like their God has been put on sale,” the police officer explained.

Govardhan Parbat is the setting for several legends related to Lord Krishna who is believed to be embodied in the surface of the hill.

Pradeep Kumar, the police officer handling the case, told Sputnik: “We have received complaints that the e-commerce site put an advertisement up on 7 February, 2021 where they have offered rocks (for sale).”

“This has stoked strong feelings among local people and we are now investigating. The rock was put on sale for INR 5,175 ($68) a piece. Local people and members of spiritual groups have also protested here and given memorandums demanding stern action against those who have hurt religious sentiments.”

The case has been based on the complaint of Keshav Mukhia, the BJP employee, against IndiaMART founder and chief executive Dinesh Agarwal, co-founder Brijesh Agarwal and Mathura-based supplier Ankur Agarwal, police said.

Though no arrests have been made so far, the police said a case has been registered under various sections of the Indian Penal Code and the Indian Information Technology Act.

Meanwhile, IndiaMART has denied having put the rocks up for sale, contending that they have nothing to do with what sellers display on the website.

The company's chief executive Dinesh Agarwal has clarified to media: "We don’t sell things. We are an online marketplace and by law we are allowed to show advertisements by third-party sellers.

"IndiaMART has nothing to do with what the sellers have displayed. We have not put up the rocks for sale,” Indian website ThePrint has quoted Agarwal as saying.