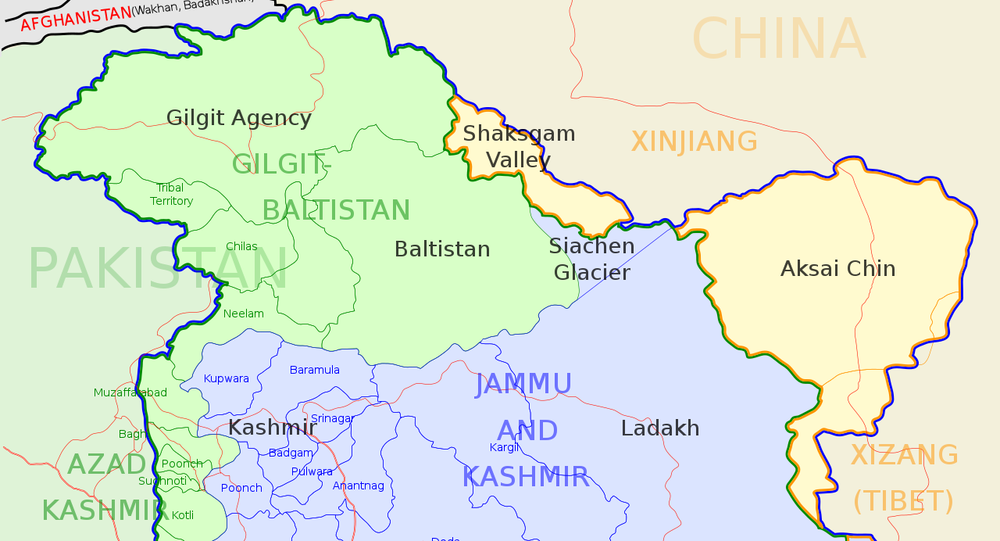 Last week, India decided to resume 4G services in Jammu and Kashmir for the first time since 2019, when the Indian parliament revoked the region's special status and turned the former state into two federally administered territories. The move came after the US asked India to respect the "right to access internet".

A tweet by the US State Department welcoming the resumption of 4G services in "India's Jammu and Kashmir" has triggered a major controversy, with many Pakistani netizens reminding Washington that the Kashmir region was disputed territory, as laid out in earlier resolutions of the United Nations Security Council (UNSC).

We welcome the resumption of 4G mobile internet in India's Jammu & Kashmir. This marks an important step for local residents and we look forward to continued political & economic progress to restore normalcy in J&K.

The State Department was reacting to India’s announcement last week that it would restore 4G services to the region after a gap of 18 months.

The controversy also led to a question for US State Department spokesman Ned Price at the daily briefing on Wednesday from a Times reporter.

“Does State not recognise this as a disputed territory? Is there some sort of change in position that we need to know? There’s been certain criticism of the phrasing today,” the reporter asked.

“I want to be very clear there has been no change in US policy in the region,” clarified Price.

A pathetic state of affairs when State can't even be bothered to use the words 'disputed territory'.

The internet ban in #Kashmir was a test run. Now Modi is trying to shut down voices in Pakistan & abroad who help amplify #FarmersProtests.

Delusional Diplomacy is a disgrace. https://t.co/JeKF4NZ2DR

​According to certain UNSC resolutions, including 39 and 47, both India and Pakistan have been asked to take steps to ensure an internationally monitored election in Jammu and Kashmir.

But many Indian social media users were overjoyed by the US State Department's gaffe, as they saw it as a defeat for Pakistan’s “propaganda”.

Poor Pakistan. @ImranKhanPTI @SMQureshiPTI and @fawadchaudhry crying on HR and lockdowns in Kashmir has been dumped by the global community. This statement indicates that the US is in sync with India and will not fall for Pak false propaganda and lies https://t.co/MHkqDTVyyu

​The government of Imran Khan in Pakistan has criticised New Delhi scathingly over the human rights’ situation in Jammu and Kashmir, more so since August 2019 when the Bharatiya Janata Party (BJP)-dominated Indian Parliament voted by an overwhelming majority to revoke the semi-autonomous status of the Jammu and Kashmir region, which was previously enshrined in the Indian Constitution under Article 370.

Subsequently, Prime Minister Narendra Modi’s government carved out two separate centrally administered territories from the erstwhile state of Jammu and Kashmir, which has been seen as an attempt to contain the fallout from revoking the region’s special status.

This move by India has been disputed by both Pakistan and China - both of which control parts of the Jammu and Kashmir region. New Delhi has consistently maintained that matters related to Jammu and Kashmir are “internal” to the country.

Qureshi also rejected the suggestion that India’s actions in Jammu and Kashmir were an “internal matter”.

India and Pakistan have fought three wars over Jammu and Kashmir since they gained independence from the British colonial government in 1947.