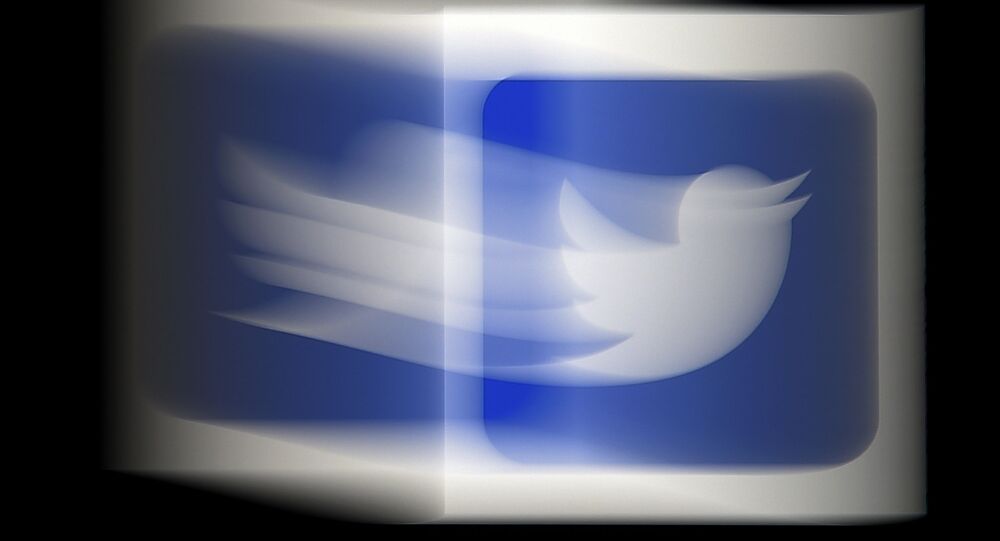 Thousands of farmers from India’s various agricultural states gathered at Delhi’s borders on 29 November 2020, flagging off one of the world’s largest ongoing protests. On 26 January, the protests against three new farm laws took a violent turn in Delhi, fuelled by misinformation and provocation that spread via social media.

Since the government of India warned Twitter of legal consequences, the microblogging app has begun removing some accounts listed by the authorities, alleging that they were spreading provocative sentiments on social media with specific hashtags around the raging farmers protests, Twitter wrote in an official blog post on Wednesday.

In the past few days, India’s federal Ministry of Electronics and Information Technology (MeitY) ended up handing Twitter a list of over 2,000 accounts, out of which the microblogging site has suspended more than 500 accounts.

© REUTERS / ADNAN ABIDI
Violence, Death & Invasion of Delhi: Here's How the 72nd Republic Day Unfolded in India’s Capital
In an official post, Twitter, while reiterating its advocacy of free speech, noted that it had taken action on hundreds of accounts that violated the Twitter Rules, particularly on inciting violence, abuse, wishes of harm, and threats, especially after the Republic Day clashes between farmers and police officials in Delhi.

“We took steps to reduce the visibility of the hashtags containing harmful content, which included prohibiting them from trending on Twitter and appearing as recommended search terms. We took a range of enforcement actions — including permanent suspension in certain cases — against more than 500 accounts escalated across all MeitY orders for clear violations of Twitter’s Rules. Separately, today, we have withheld a portion of the accounts identified in the blocking orders under our Country Withheld Content policy within India only. These accounts continue to be available outside of India”, Twitter’s blog post said.

#Twitter on taking action against accounts listed by Indian government alleging they spread provocative content around #farmersprotests in India.https://t.co/PRD22Pcz98 pic.twitter.com/5saf5QzU0V

​Twitter’s step to block these accounts comes a day after it reached out to the IT Ministry requesting a dialogue. In a statement, a Twitter spokesperson also said that the US-headquartered company was worried about the safety of its India-based employees after the company received a legal notice from the government.

“Over the course of the last 10 days, Twitter has been served with several separate blocking orders by the Ministry of Electronics and Information Technology (MeitY), Government of India, under Section 69A of the Information Technology Act. Out of these, two were emergency blocking orders that we temporarily complied with but subsequently restored access to the content in a manner that we believe was consistent with Indian law. After we communicated this to MeitY, we were served with a non-compliance notice”, the statement from Twitter noted.

Tensions Between the Indian Gov't and Twitter Regarding Farmers' Protests

On 31 January and 8 February, MeitY sent Twitter a list of over 250 and 1,000 accounts respectively, accusing them of provocative tweets, with some even supporting the Khalistan movement.

© REUTERS / Brendan McDermid
Twitter Unblocks Some Indian Accounts it Suspended on Government's Request Amid Farmers Protest
The Khalistan movement demands a separate country for Sikhs carved out of the northern Indian state of Punjab, located on the India-Pakistan border. The movement witnessed a rise in the 1980s and almost fizzled out in the 1990s after stringent action was taken by the Indian government.

Between 31 January and 1 February, Twitter did block some accounts, but restored some belonging to news publications and farmer unions, arguing that their tweets were newsy.