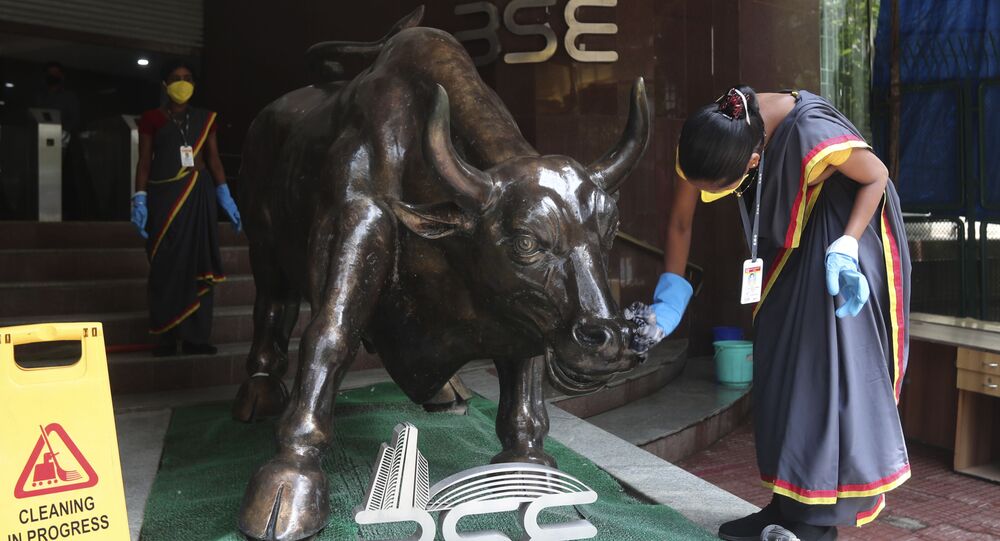 Since the announcement of a slew of measures to boost financial markets by Indian Finance Minister Nirmala Sitharaman during the country's annual budget session in parliament last week, investors have been pouring huge funds into Indian stocks. Nine out of ten stocks listed on the BSE 500 index gained in the budget-fuelled rally last week.

The benchmark S&P BSE Sensex clocked a fresh all-time high as it surged over 700 points, 1.4 percent, in the early trade on Monday. The broader Nifty50 index also jumped above the 15,000-mark and then later conquered the 15,200 level.

Mahindra & Mahindra shot up over 10 percent and was the top Sensex gainer, followed by State Bank of India and Axis Bank, up 3 percent each.

© CC0
Brent Crude Trading Above $60 per Barrel for First Time Since Late January 2020
The Indian stock market surge followed a massive gain witnessed in Asian shares, which were trading near record highs, while Brent crude oil crossed $60 a barrel for the first time since January 2020. The oil price was boosted by supply cuts among key producers and hopes for further US economic stimulus measures to increase demand. Market sentiments also received support from rapid vaccinations against the coronavirus.