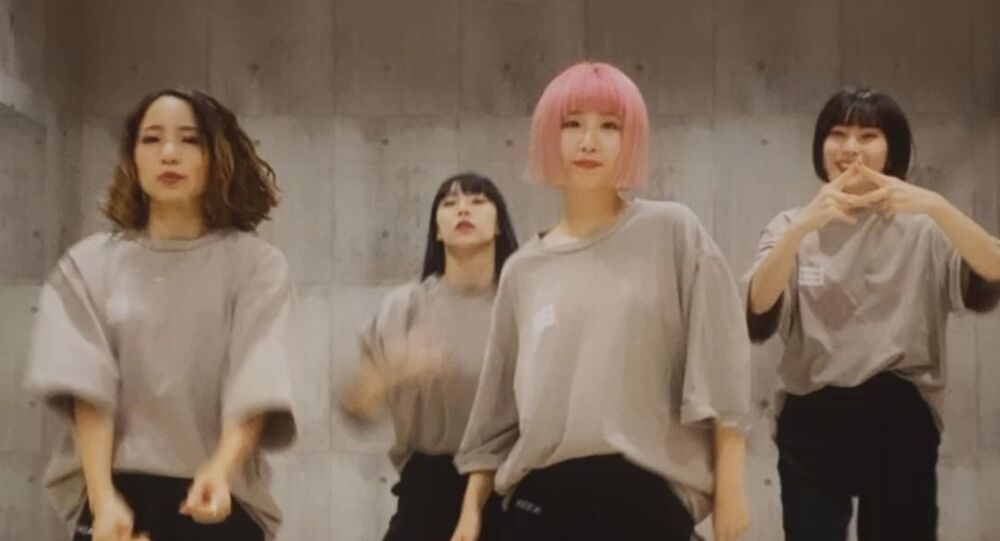 Fans across the globe are so crazy about Bollywood's dancing that they mimick the moves in their own dance ventures. Whether it's America's 'Dancing Dad' Ricky Pond or Japan's Asianz Dancers, their videos are winning people's hearts across Asia, making them go viral and become a trendsetter.

Raising the entertainment quotient a notch higher, the Asianz Dance group from Japan is grabbing the limelight by grooving to popular Hindi and Punjabi Bollywood songs and winning millions of hearts across the globe.

Amazed by their efforts to break all the cultural and artistic barriers between the two countries, Nora too reshared their video, causing them to go viral.

"We were thrilled when Nora shared our video and our followers on social media shot up", Kaede, one of the dance group's members, tells Sputnik.

"None of us expected it to go viral the way it did. This has encouraged us to keep dancing to famous songs by various Indian artists. We've also received some collaborative offers from music creators and brands in Japan and India", Kaede added.

Asianz Dancers started in August 2019 with a group of four dancers - Kaede, Mayu, Moe, and Mana, all aged between 20 and 27. As a member of a J-pop band called "Chaos Underground Zealot" (Chu-Z) in Japan, Asianz Dancers also performed live across the country.

"Our core purpose has been to unite diverse cultures all across Asia. With this motto, we started dancing to songs from Asian countries and spread them across the globe", Mayu tells Sputnik.

"One of the music genres was Indian music and it is so much fun! Listening to the peppy songs you automatically want to dance to them. We also try to understand and learn the lyrics as well", Mayu adds.

When asked about their favourite Bollywood dancers, Mana, another member of the group, said: "We love Nora Fatehi and also look up to Hrithik Roshan, Varun Dhawan, and Tiger Shroff".

"Dancing is all about originality! Indian dance choreography really feels fun and the dance movements are from the whole body. Bollywood dance, which is a mixture of the traditional dance form and modern dance form, is respected across the world, quite deservingly so", Moe says.

From dancing to Bollywood superstar Shah Rukh Khan's "Chhaiya Chhaiya" to the hit "O Beta Ji", Ricky's dance videos with his son and daughter have been winning people's hearts, skyrocketing his fan following into the millions.

A graphic designer during the day and social media guy at night, Ricky's love for dancing sparked last year after his kids prompted him to make fun dance videos on TikTok and Instagram. Now he is collaborating with Indian players for various promotional dance projects to hit Hindi and Punjabi songs.

Asianz Dancers too have caught the attention of netizens by making dance videos not just to popular Hindi songs but also to Arabic and English hit numbers too.

"Many people from various countries such as India, Turkey, Saudi Arabia, Iraq, and Nepal encourage us and suggest popular songs on which they want us to dance. Apart from having over 1.3 million followers on TikTok, we also started Instagram last year with over 21.4K followers", Kaede signs off.

From a Delhi Gully to London’s Ballet School, Meet Kamal Singh, Who is Dancing His Way to Success