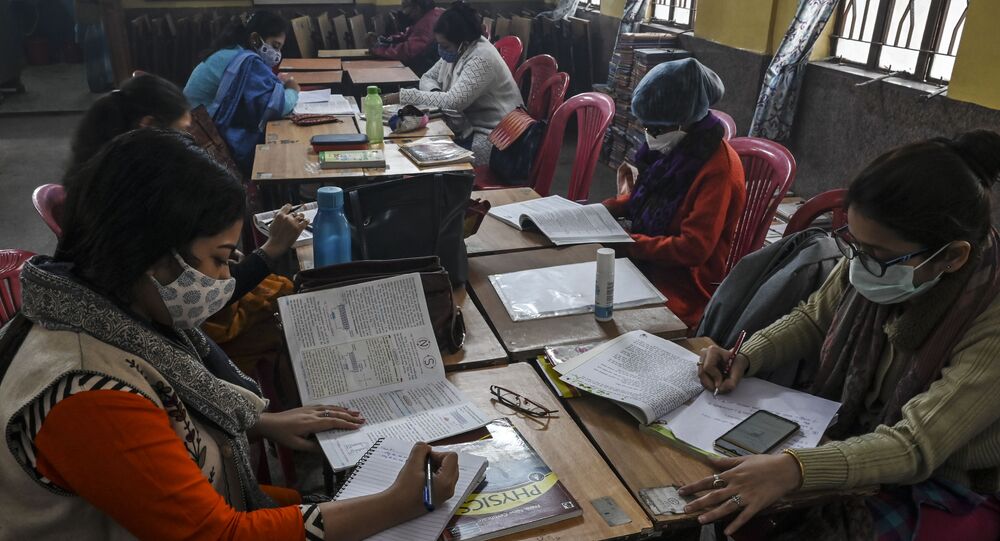 In 2011 and 2014 the High Court in the state of Tripura in north-eastern India, sacked 10,323 teachers on the basis of "discrepancies and unconstitutionality" in selection criteria. In 2017, India's Supreme Court upheld the state court's decision. The teachers got the extension in services from the court until 31 March 2020.

Thousands of sacked government school teachers from India's north-eastern state Tripura have threatened another round of protest if the state government fails to re-employ them by 10 February.

Speaking with Sputnik about the planned protest, Dalia Das, a teacher and member of All Tripura Ad Hoc Teachers' Association lamented: "We lost our job on 1 April 2020 after the state government failed to renew our contracts. We will launch a fresh state-wide agitation from 10 February if the government fails to address our issue."

Since 7 December, teachers have been holding an indefinite sit-in strike in Tripura's capital Agartala. However, after a verbal altercation between the state police and protesters on 27 January, they were forcibly evicted from the protest site.

"We all voted for the BJP with their promise that we would get our jobs back. Now it's their time to honour the promise," Das said.

The state-governing Bharatiya Janata Party (BJP) has repeatedly said it will reinstate all the teachers in various phases. But, according to the Das, "Not a single teacher has got their job back."

Teachers' regularisation is a seven-year-old matter in the state, which state political parties also raised during elections.

In 2014, the Tripura high court terminated the services of 10,323 teachers. However, when the matter was taken to the Supreme Court, it decided to overrule the high court and the teachers were not sacked.

But in March 2017, the Supreme Court upheld the high court decision.

During the 2018 state assembly election, the Bharatiya Janata Party (BJP) promised to provide teachers with a permanent solution. After coming to power, BJP urged the Supreme Court to extend the employment of these 10,323 teachers and on 1 November 2018, the Supreme Court granted them an extension until the end of March 2020.