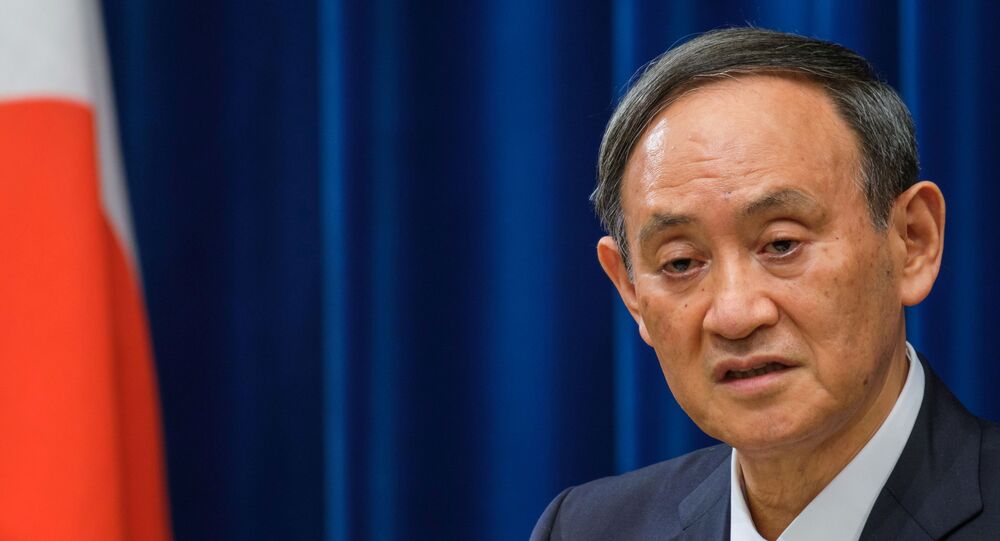 Japan's Prime Minister Yoshihide Suga says he "respects" the United Kingdom's decision to invite Australia, India, and South Korea to the G7 Summit, but also cautioned about the imperative to maintain the existing G7 framework. India's Foreign Ministry, meanwhile, has denied any knowledge about PM Suga's reservations vis-à-vis India in the G7.

Japan's pushback against expanding the G7 group of democratic countries to include India, South Korea, and Australia shows that Tokyo has become a more "cautious actor" in multilateral politics under Prime Minister Yoshihide Suga than under the previous Abe administration, Dr Jagannath Panda, an East Asian affairs expert at the Indian government-linked think tank Manohar Parrikar Institute for Defence Studies and Analyses (IDSA), has told Sputnik.

"Under Prime Minister Suga, Japan has become a cautious actor, if not a conservative actor, on multilateral politics. The same openness and versatility is not reflected in Japanese multilateral politics at present that was clearly visible under PM Shinzo Abe", says Panda, who is the coordinator for East Asia at the New Delhi-based think tank.

"Japan's stance on the expansion of the G7 is a delicate matter that is linked to Tokyo's outlook towards multilateral affairs with an Asian prism", adds Panda, as he opines that Japan's intent was to retain Tokyo's "prominence" in the grouping as the only Asian country.

The Indian researcher reckons that in spite of enjoying warm ties with India in recent years, PM Suga saw "little utility" in including New Delhi in the G7.

"India is a key multilateral partner for Japan; yet association with India under an expanded G7 network adds little value to Japan's leadership in this framework", he reckons.

© CC BY 4.0 / President of the Russian Federation press service / Prime Minister of India Narendra Modi
PM Modi Invited to G7 Summit in UK in June, Boris Johnson Likely to Visit India Before Event
The previous Japanese government under Shinzo Abe voiced consistent support for expanding the United Nations Security Council (UNSC) to include India as a permanent member. Abe was also one of the architects of the Quad grouping and was seen as being instrumental in bringing New Delhi into the four-nation informal alliance back in 2007.

Besides this, Japan is currently the only country with which India holds both a 2+2 Dialogue as well as an annual bilateral summit.

However, concerns have been expressed in the past if Suga, who was a cabinet secretary to Abe, would be able to sustain the momentum in India-Japan bilateral ties.

Panda goes on to note that it's not only about India, but Japan will be hesitant at the prospect of bringing South Korea into the G7 due to renewed differences over World War II reparations.

Tokyo accused Seoul of violating a 1965 treaty, which sought to settle the dispute over reparations for Japanese atrocities in Korea during the Second World War, after the South Korean Supreme Court in 2018 called upon two Japanese companies to pay damages to Koreans who were forced to work for them during the war years.

"Besides, Japan's problem with South Korea makes it difficult for Tokyo to think of the expansion of the G7 from a pan-continental framework", he says.

A Bloomberg report last week claimed that Tokyo had dispatched a diplomatic cable to other G7 member states voicing its concerns against expanding the group to include India, Australia, and South Korea, arguing instead for the need to preserve the "existing" G7 framework to tide over the economic challenges unleashed due to the COVID pandemic.

The report claims that not only Japan, but even European diplomats (France, Italy, and Germany) from the G7 grouping have voiced concerns over "institutionalising" the bloc's relationship with New Delhi, Seoul, and Canberra lest it morph into an "anti-China" framework.

A G7 Summit is scheduled to be held in the United Kingdom in June. According to reports, UK Prime Minister Boris Johnson is seeking a bigger role for the three countries in this year's gathering, even considering to invite delegates from New Delhi, Canberra, and Seoul to the foreign and development ministers' meeting scheduled for May.

Panda, also an editor at Routledge Studies on Think Asia, points out that moderating ties with China is also in line with Suga's economic recovery plan for Tokyo and his policy speech delivered in the Japanese Diet in October of last year, a month after he took over the country's reins from previous leader Abe Shinzo.

"Not favouring an expansion that would replicate itself as an anti-China framework, also explains Suga's cautious approach", says the East Asian affairs expert.

"A stable relationship between the two countries is important not only for Japan and China but also for the region and the international community", Suga reportedly told visiting Chinese Foreign Minister Wang Yi in November.

"It's expected that the Japanese government in the coming period will continue to deepen relations with China", The Global Times said in a column in October.