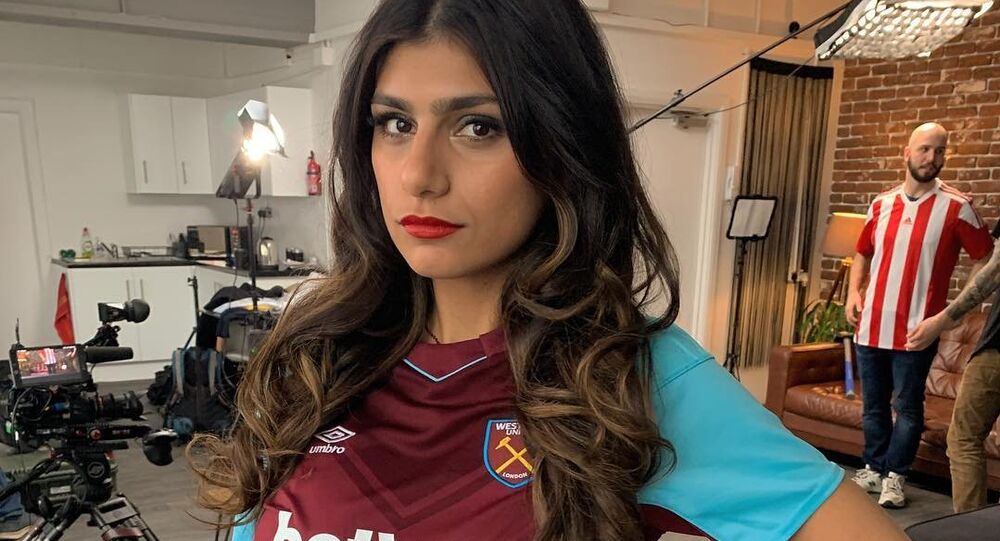 Earlier this week, international celebrities like Rihanna, Greta Thunberg, and Mia Khalifa tweeted in support of the ongoing protests by farmers in India. India's Ministry of External Affairs has warned foreign individuals against interfering in the country's internal matters.

Reacting to the hate and trolling directed at her from government-supporting Indians, ex-adult movie star Mia Khalifa has reiterated her firm support for Indian farmers who have been protesting around Delhi since late November 2020 against new agricultural laws.

In a tweet, Khalifa shared two pictures of saffron scarf-donning men standing with pictures of herself, Rihanna, and Greta Thunberg with captions asking them to stop commenting on India's personal matters.

Confirming I have in fact regained consciousness, and would like to thank you for your concern, albeit unnecessary. Still standing with the farmers, though ♥️ pic.twitter.com/ttZnYeVLRP

In the comments section to Khalifa's post, farmer-supporting Indians posted pictures of the aforementioned men burning a headshot poster of 18-year-old Swedish environmentalist Greta Thunberg to highlight the amount of outrage these international public figures have sparked in India.

The man in the photo is Jai Bhagwan Goyal. He is a senior BJP leader. Also, he was one of the 32 main accused in the Babri demolition case. He has confessed his crime several times before the camera and even outside the court that acquitted him. He is not fringe. He is the govt. pic.twitter.com/4Z87WZH7bn

​On 4 February, ​India's Ministry of External Affairs issued a statement slamming foreign individuals and entities, including Khalifa, for their comments on the ongoing farmer protests without knowing the "entire truth" that caused social media outrage in the nation.

Several Bollywood stars and Indian athletes like Akshay Kumar, Ajay Devgan, Virat Kohli, and Sachin Tendulkar sided with the government and requested foreign nationals to refrain from commenting on the sensitive protests that recently took a violent turn in Delhi.

Farmers constitute an extremely important part of our country. And the efforts being undertaken to resolve their issues are evident. Let’s support an amicable resolution, rather than paying attention to anyone creating differences. 🙏🏻#IndiaTogether #IndiaAgainstPropaganda https://t.co/LgAn6tIwWp

India’s sovereignty cannot be compromised. External forces can be spectators but not participants.
Indians know India and should decide for India. Let's remain united as a nation.#IndiaTogether #IndiaAgainstPropaganda

The farmers fear that with new laws passed during the monsoon session of the parliament in September, the government is backing out from its role as a price guarantor for their produce while leaving their earnings to be influenced by market forces. The government, led by Prime Minister Narendra Modi however, has dismissed these concerns, calling the laws "progressive", while the country's president, Ram Nath Kovind, said that the reforms will be beneficial for farmers.