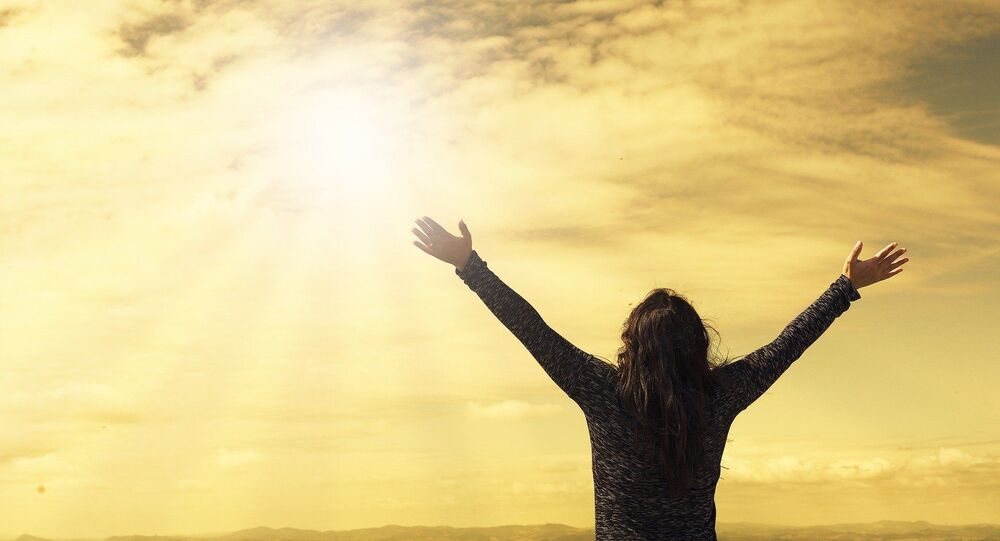 Call them "Cancer Survivors" or "Crusaders" who spread awareness about the early detection and cure of the deadly disease, those Bollywood celebs who've lived through the toughest phase of their lives have turned into an inspiration for millions of others.

On World Cancer Day, 4 February, Sputnik takes a look at a few Bollywood celebrities who have been instilling hope and positivity in others while developing a spirit of never giving up in their battle with cancer.

Touted as one of the hottest Indian-Canadian supermodel-actresses of the 90s, Lisa Ray was diagnosed with myeloma (an incurable form of blood cancer) in 2009. After undergoing stem cell transplants for a year, Lisa was declared cancer-free.

Making the impossible look possible, Lisa started advocating about cancer and stem cell therapy. To instill hope, faith, and positivity in those living through the deadly disease, Lisa penned the experience in her blog "The Yellow Diaries".

She wrote her memoir "Close to the Bone" that not only talks about her journey of overcoming cancer, but shares the spirit of celebrating life as it captures her journey from being a model, actress, and much more.

The news of Bollywood actress Sonali Bendre suffering from "metastatic cancer" made headlines in 2018. She revealed on social media that she had been diagnosed with "high grade" cancer (metastatic cancer that spreads all over, affecting the entire body) and also shared pictures of her being bald.

She took a sabbatical of over five months and went to the US for treatment where doctors told her that she had a 30% chance of survival. However, that didn't deter her spirit and she fought with all her might and overcame the cancer.

The "Dil Se" actress was diagnosed with ovarian cancer in 2012 and moved to New York for treatment. After multiple chemotherapies and surgeries, Manisha defeated cancer in 2015.

She authored and documented her journey in the book "Healed: How Cancer Gave Me a New Life", and has shared about going through several breakdowns during her treatment. She has finally recovered and is now part of many NGOs including Cancer Care Nepal to help cancer patients.

In 2018, Tahira Kashyap, the writer-director wife of Bollywood star Ayushmann Khurrana, was diagnosed with stage zero breast cancer for which she underwent a mastectomy procedure to surgically remove her affected breast.

She shared her experience on social media by penning a powerful poem "Scars" to encourage cancer survivors to proudly show off their cancer marks, which she says represent an "indomitable spirit that can't be crushed by any fright".

In 2004, director Anurag Basu was diagnosed with acute leukaemia (a type of blood cancer caused due to increasing white blood cells). Doctors told him that he had only two months to live. However, with his willpower, positive approach, and medical treatment Anurag recovered. He opened up about his journey of overcoming cancer and inspired many others to not lose hope.

Rakesh Roshan, the popular filmmaker and father of Bollywood superstar Hrithik Roshan, was diagnosed with early-stage squamous cell carcinoma (a type of throat cancer) in December 2018.

Hrithik took to social media to announce his father's cancer diagnosis. After undergoing surgery and chemotherapy, Rakesh recovered completely in 2019.

Actress and activist Nafisa Ali Sodhi was diagnosed with stage 3 peritoneal and ovarian cancer in November 2018, but she never let that deter her spirits.

She posted a picture during one of her chemotherapies in which she was all smiles. After a couple chemotherapy sessions, she was diagnosed as cancer-free in 2019 and has been advocating to spread awareness about early detection of the deadly disease and its cure.