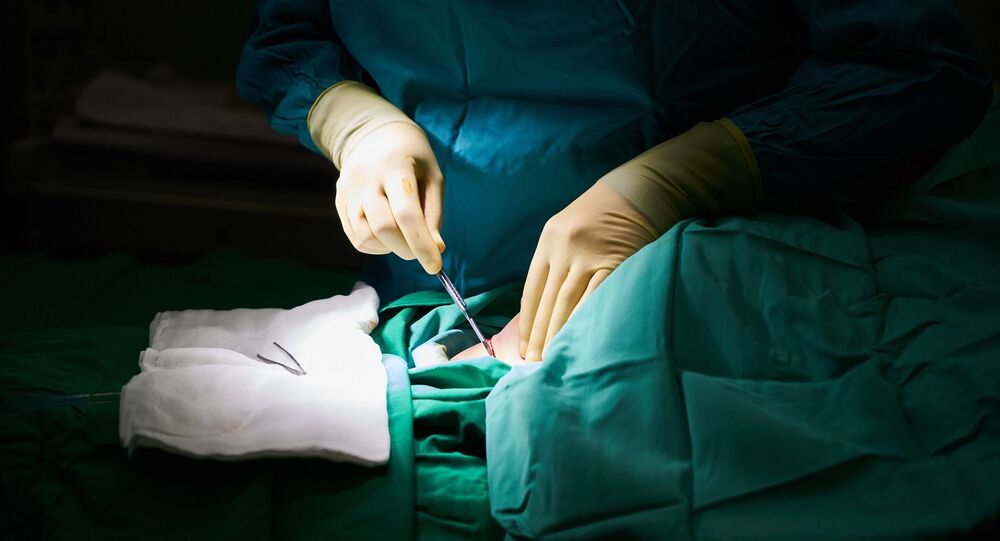 Surgery is said to have been a part of the Indian traditional system of medicine, Ayurveda, in ancient times. The ancient Indian sage Sushruta, dating back to 500 BC, is known as the father of surgery. He wrote in detail about the practice, describing procedures that are also followed by modern surgery.

With the central government allowing Ayurveda practitioners to perform surgery, doctors in different parts of the country are up in arms and have started a relay hunger strike from Wednesday to oppose the new rules.

Thousands of doctors also joined hands on Wednesday to participate in the nationwide protests launched by the Indian Medical Association (IMA), which has also opposed the government’s latest decision in the country’s apex court.

The IMA has also started the “Save Healthcare India Movement”, a public awareness drive, against what is being termed as "mixopathy" - the mixing of traditional Indian and modern medicine.

The country’s key medical association has turned its local branches in the country into hunger strike centres, planned from 1 to 14 February.

The Central Council of Indian Medicine on 20 November issued a notification allowing  Ayurveda practitioners to perform as many as 58 surgeries, including cataract, orthopaedics, ophthalmology, ENT (eyes, nose, throat), besides the removal of benign tumours.

The new rules have paved the way for students of Ayurveda to receive training for 58 surgeries in their post-graduate courses.

However, the move has not gone down well with doctors practicing modern science medicine, also known as Allopathy.

“With due regard to Ayurveda, the government is making a mash up of two streams of medicines. This will lead to chaos and compromise patients’ choices", Dr Rajesh Dhir, former president of the IMA, told Sputnik.

"Ayurveda colleges are ill equipped to train for surgery. Also surgery requires extensive training of several years which is not being taught in Ayurveda. In the long run, patients will suffer when they get complicated surgeries done from Ayurveda doctors who are ill-trained and then they will come back to allopathic doctors with botched up cases", Dr Vanita Gupta of the Indian Medical Association told Sputnik.

Meanwhile, Ayurveda doctors have also taken steps to retaliate against the offensive launched by doctors of modern medicine.

Dr Anil Bhardwaj, general secretary of the All India Ayurveda Congress, told Sputnik that Ayurvedic doctors have always been carrying out surgeries. There is nothing new about it. The notification by the government has only given more clarity.

“Ayurvedic doctors are fully competent to do these surgeries and the agitation by doctors of modern science is meaningless”, he stated.

The Indian government is making efforts to integrate indigenous and alternative streams of medicine. The authorities have also created a separate ministry for the same - the Ministry of Ayush (Ayurveda, Yoga and Naturopathy, Unani, Siddha and Homoeopathy) - to promote the traditional system of medicine.