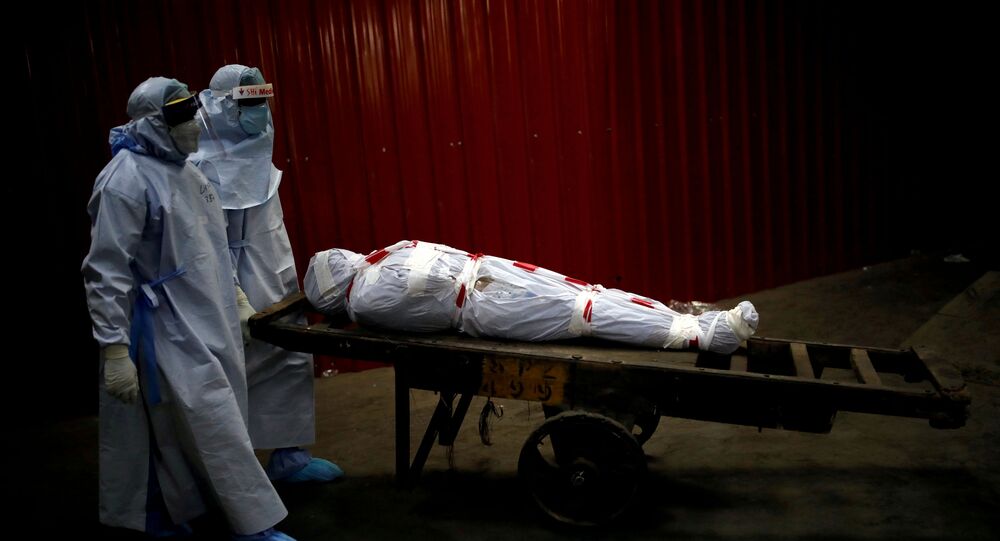 Whatever one's creed, funerals are a feature which take place all around the world so that family and friends can pay their respects to the recently dead. But the infectious COVID-19 disease has put a stop to these gatherings leaving the bereaved without the chance to say a proper farewell.

In an attempt to honour the victims of COVID-19, a group of doctors and social workers have launched an online memorial that will allow family and friends to pay their tributes virtually.

The portal - nationalcovidmemorial.in - has been designed by COVID Care Network (CCN). It was launched by Professor Abhijit Chowdhury, head of the Department of Hepatology at the Institute of Post-Graduate Medical Education and Research in Kolkata, West Bengal state in eastern India.

Speaking to Sputnik, Dr Swadeep Srivastava, an advisory member of the CCN, said: “COVID deaths are sad. Most of the patients were lonely, with no access to family members. By launching this portal, we are just trying to restore some dignity to the people who were cremated without even their families members present.”

Because of the coronavirus outbreak, India's government has banned people from attending funerals of those who died of the disease. According to the state governments’ guidelines, there are strict limits about who can go to the funeral of COVID-19 victims.

“The death of people - especially those who are poor, destitute, migrants or old - often goes unnoticed. Sometimes we don't even know whom to inform, or family members don’t even bother to collect the belongings of the deceased,” Dr Srivastava said.

He added that they need continuous and dedicated contributions from social activists and journalists to keep the memorial going.

According to India’s federal Ministry of Health and Family Welfare, 154,522 people have died and a total of 10.8 million have been affected. However, 10.4 million people have recovered.