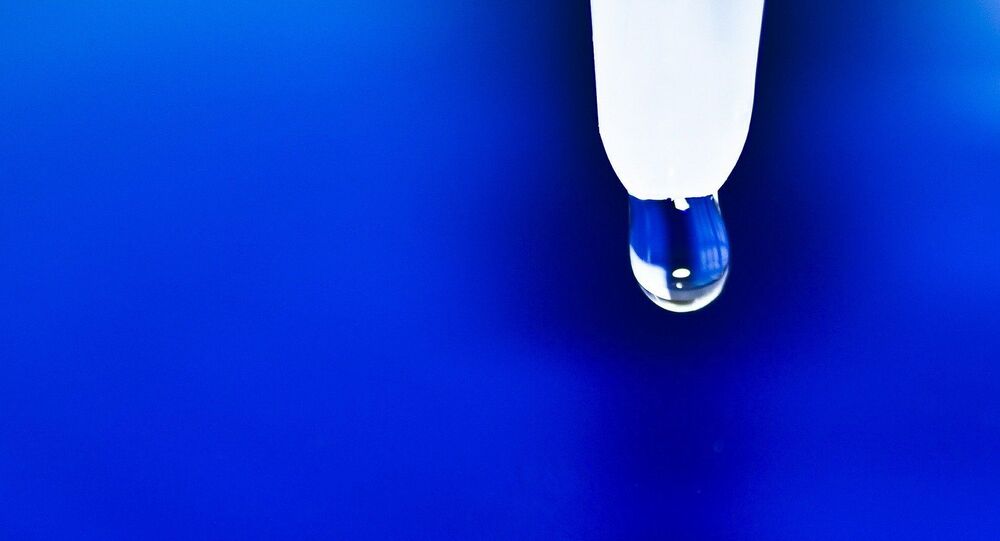 12 Infants Given Sanitiser in Place of Polio Drops in Indian State of Maharashtra, Probe Ordered

Authorities in the Indian state of Maharashtra have ordered an inquiry into an incident in which some health workers administered 12 infants a dose of hand sanitiser in place of polio drops.

"The children in the Gram Panchayat (village governing body) area were administered polio doses as part of the national polio immunisation drive. During which 12 kids aged under 5 were given drops of hand sanitiser in place of polio drops", Panchal said.

Later at night, the infants started vomiting and showed signs of uneasiness after which they were hospitalised.

"Although they are stable, we have kept them under observation. Meanwhile, based on a primary investigation, three health workers have been suspended for the act. The district collector has also ordered an inquiry into the incident", Panchal said.

© AP Photo / Rajesh Kumar Singh
India Eradicates Tetanus as Newborn Killer a Year After Wiping Out Polio
According to the country's Health Ministry, India has been free of polio for a decade, with the last case of wild poliovirus being reported on 13 January 2011.

The country, however, continues to remain vigilant to prevent the re-entry of the polio virus into the country from the neighbouring countries of Afghanistan and Pakistan, where the wild polio virus continues to cause the disease.