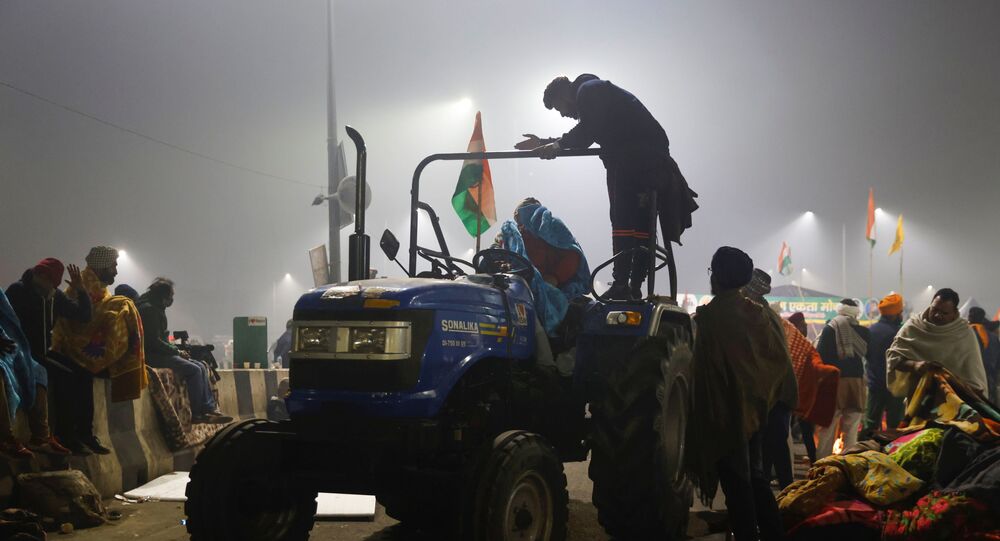 On 29 January, the Indian government temporarily suspended internet services in the areas near the Delhi borders where farmers are protesting against recent agricultural laws brought in by the government led by Prime Minister Narendra Modi.

The Indian government on Monday extended the suspension of internet services for two more days in several areas on the border with Delhi where the farmer groups continue to protest in large numbers.

The development came as the federal Ministry of Home Affairs invoked the Temporary Suspension of Telecom Services (Public Emergency or Public Safety Rules 2017) of the Indian Telegraph Act, 1885.

According to the latest order, “in the interest of maintaining public safety and averting any public emergency, it is necessary and expedient to order the temporary suspension of the internet in the areas of Singhu, Ghazipur and Tikri and their adjoining areas in the national capital territory of Delhi from 11pm on 31 January 2021 to 11 pm on 2 February 2021. This has the approval of the Union Home Secretary.”

On 26 January, the Indian government suspended internet services in different areas of the national capital after disorder seemed to descend on Delhi in the wake of the tractor rally organised by the farmers. Internet services were restored the next day.

"Everyday, people are joining us at the protest sites. The government thought that we will back off but we didn't after the violence on 26 January," said Vishakha Rajput, the female District President of Bundelkhand (Uttar Pradesh state), Bharatiya Kisan Union (a farmers' body).

According to the government, the laws allow farmers to sell their produce at places apart from their designated APMC market. They also aim at allowing contract farming under which they can enter into supply agreements with private firms for remunerative and pre-determined prices.

However, farmers believe that the new laws would pave the way for dismantling the minimum support price system (MSP), leaving them at the mercy of big corporates.