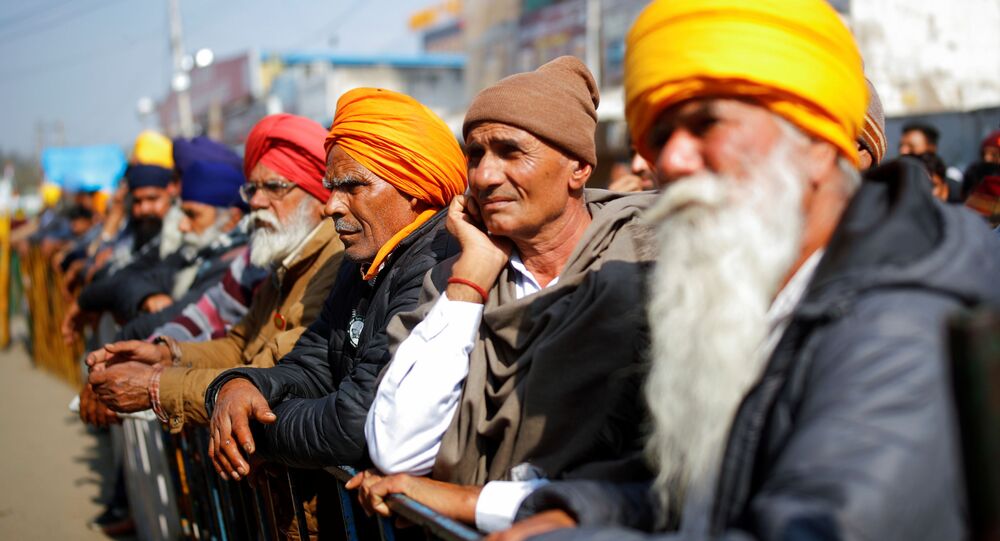 Since 26 November 2020, farmers have been protesting on the outskirts of India's capital and have blocked roads in India's Uttar Pradesh and Haryana states. They are demanding a complete rollback of three recently-passed laws that would partly liberalise the market for produce.

Indian Finance Minister Nirmala Sitharaman is presenting the annual budget on Monday, and Delhi saw heightened security measures taken in light of the possibility that protesting farmers could march on the parliament.

The measure to tighten security has come just five days after the capital city witnessed a violent anti-government protest at the iconic Red Fort on the occasion of the country's 72nd Republic Day. During the farmers’ Tractor Rally, police and protesting farmers clashed in different parts of the city, leading to over 300 police personnel being injured.

As a precautionary measure, amid the threat of a possible march toward the Parliament by farmers, tight security measures have been put in place.

Police put up barricades, earth moving machines and cranes across the city, as it fears agitated farmers might carry out flash protests or march towards the Parliament.

Speaking to Sputnik, a senior Delhi Police official said that after the events occurred on Republic Day, they have increased security across the city.

"Several routes have been diverted to prevent farmers groups' from marching to the Parliament, and vigilance has been increased at the border areas where the farmers are protesting," the officer said.

A few days ago, the protesting farmers had called for a march to the parliament to make their voices heard. However, after the violence on 26 January, farmers' union leaders had postponed the march.

Farmers have been protesting against the Farmers (Empowerment and Protection) Agreement of Price Assurance and Farm Services Act, 2020; the Farmers Produce Trade and Commerce (Promotion and Facilitation) Act, 2020 and The Essential Commodities (Amendment) Act 2020.

According to the government, the laws allow farmers to sell their produce at places apart from their designated agriculture market. They also aim at allowing contract farming under which they can enter into supply agreements with private firms for remunerative and pre-decided prices.

Farmers believe that the new laws would pave the way for the dismantling of the minimum support price system (MSP) as part of state procurement of their harvest, leaving them at the mercy of big agribusiness.