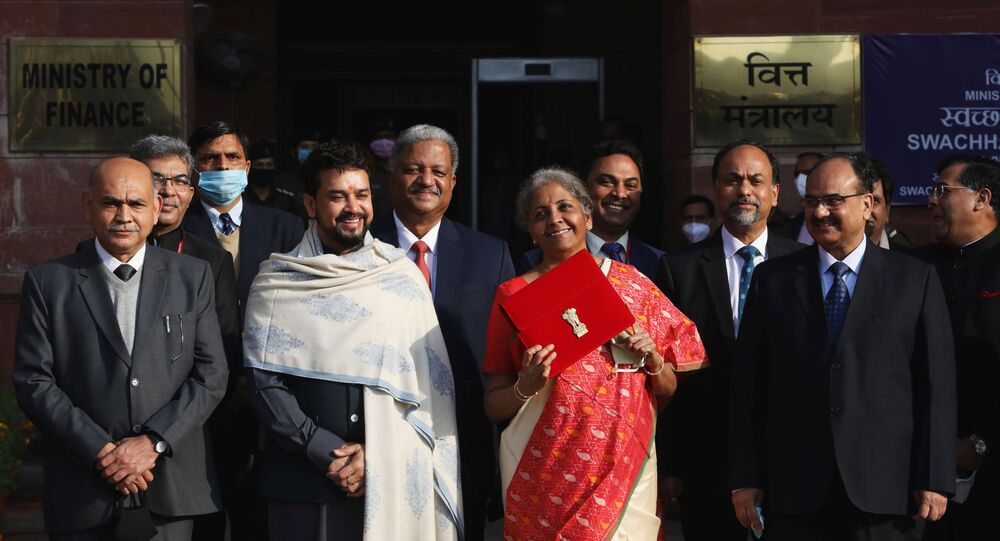 India’s Union Budget 2021, set to be tabled in the Parliament in a paperless form for the first time, arrived at the Parliament with Finance Minister Nirmala Sitharaman, not in a conventional leather case but on a tablet.

#BudgetSession
Finance Minister Nirmala Sitharaman holding a Made in India tablet, this year will see a paperless budget pic.twitter.com/zDTtj6ib2H

​The Finance Minister broke away from the tradition of carrying budget papers to the Parliament in a bulky leather case in 2019 when she lugged her documents in a traditional cloth case, ‘bahi khata’. On Monday, she broke this tradition as well, as she posed with a tablet in a red case with the National Emblem embossed on the cover.

India’s first-ever paperless budget: Nirmala Sitharaman will deliver her budget speech today in Parliament, reading it out from a tablet for the first time #Budget2021 #BudgetWithForbesInd pic.twitter.com/TsP2PV6fMu

​The Finance Minister has also launched the “Union Budget Mobile App’’ for Members of Parliament and the general public to access budget documents.