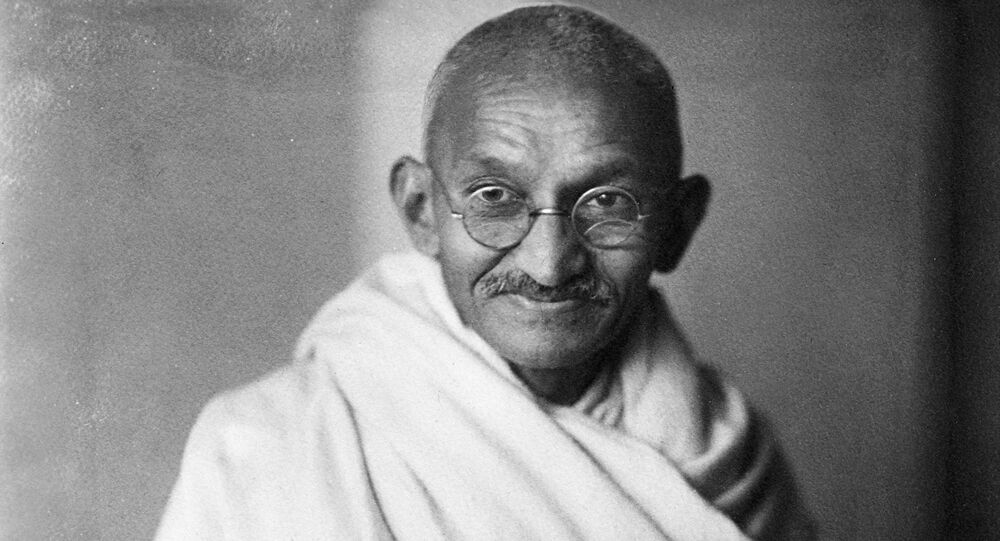 India is observing the 73rd death anniversary of Mahatma Gandhi today, aka Martyr's Day. Aside from leading the successful campaign for India’s independence from British rule, Gandhi also supported the anti-apartheid movement in South Africa. He was assassinated on 30 January, 1948.

A statue of Indian anti-colonial nationalist and nonviolent resistance leader Mahatma Gandhi was vandalised in the city of Davis' Central Park, California on Wednesday. It's not known who is responsible for the damage.

The statue's ankles were sawn off before it was torn from its base. Its face was also severely damaged, according to NDTV, who quoted local news. The monument is 6ft tall and weighs almost 300 kg.

Many Indian-Americans are angry and have demanded the authorities investigate it as a hate crime, one Indian media outlet reported on Saturday.

A park employee first noticed the vandalism in the early hours of 27 January, the police said. Investigators are still unsure when exactly the statue was torn down or what the motive may have been, local news firm Sacramento Bee reported.

“Seeing as it's a cultural icon to a portion of the people in Davis, we are taking it very seriously,” Deputy Chief Paul Doroshov of the Davis Police Department was quoted as saying by the daily.

Indian Government Condemns the Vandalisation in US

The Indian government is outraged and the Indian High Commission in Washington, DC has also demanded the US Department of State investigate.

On 28 January 2021, the statue of Mahatma Gandhi at Central Park in the City of Davis, California was vandalised by unknown persons. India strongly condemns this malicious and despicable act against a universally respected icon of peace and justice: Ministry of External Affairs

The Mayor of Davis deeply regretted the incident and informed that they have initiated an investigation. Local Indian community organisations have condemned the act of vandalism: Ministry of External Affairs

The US Department of State has conveyed that this act of vandalism is unacceptable and expressed the hope that perpetrators will be brought to justice as quickly as possible: : Ministry of External Affairs

"A statue of Mahatma Gandhi was vandalised in the US (in California). This is a huge insult. The PM has strongly condemned it."

The Indian government donated the Gandhi statue to Davis. It was installed by the city council four years ago amidst protests from anti-Gandhi and anti-India organisations. The Organisation for Minorities in India (OFMI) spearheaded these demonstrations.

Davis, however, voted to go ahead with the installation. Since then, the OFMI has reportedly launched a campaign to remove the statue. The incident came just three days before the anniversary of Mahatma Gandhi’s death.

"An atmosphere of hatred was being created by many anti-India and Hinduphobic radical organisations like OFMI and other Khalistani separatists for many years now," said Guarang Desai from Friends of India Society International (FISI).