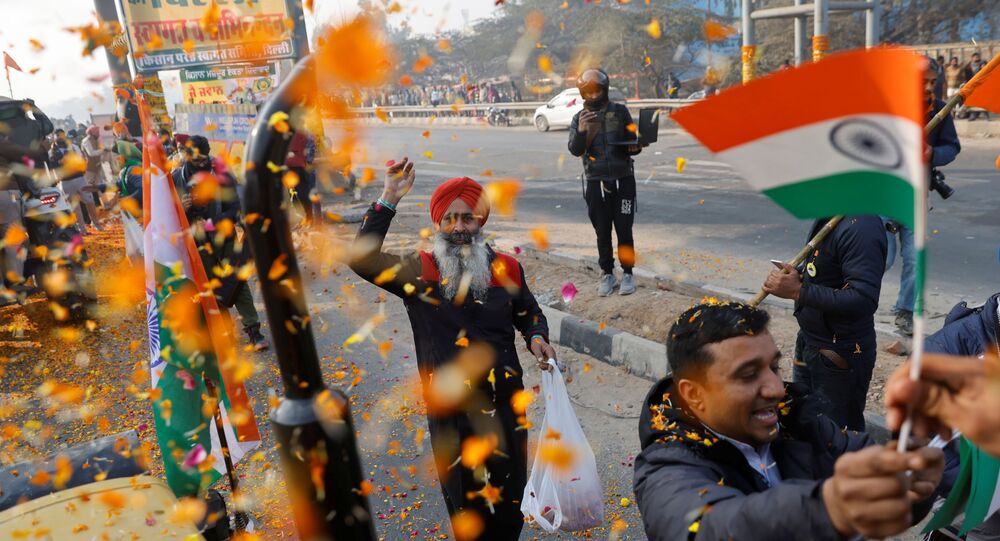 Farmers protesting against pro-market reforms introduced by the Narendra Modi government are today observing a day-long fast to mark the anniversary of the assassination of Mahatma Gandhi, who led the struggle for India's freedom from the British Empire. They are observing it as 'Sadbhavna Diwas' (harmony day).

January 30 will be celebrated as 'Sadbhavna Diwas', all our leaders will observe fast from 9 am to 5 pm: Kisan Morcha leader

​Gandhi, who was assassinated on 30 January 1948, was known for preaching and practising non-violence during his mass protests against British rule.

The farmer leaders believe that their two-month long agitation will gain strength, as farmers in large numbers will join them in the day ahead. They have been protesting since 26 November 2020 on the borders of the nation's capital Delhi.

On Friday, during a press gathering at Delhi's Singhu border, the leaders slammed Prime Minister Modi's Bharatiya Janata Party (BJP) and accused it of trying to "destroy" the "peaceful" agitation.

Meanwhile, heavy security deployment continues at Singhu on the Delhi-Haryana border, where farmers are protesting in large numbers.

On the occasion of India’s 72nd Republic Day on 26 January, a large number of protesting farmers clashed with Delhi Police at the country’s iconic Red Fort, leaving over 300 policemen injured. The protesters entered Delhi as part of their tractor rally.

The farmers have been protesting on the outskirts of Delhi and have blocked roads in the Indian states of Uttar Pradesh and Haryana as they demand a complete rollback of recently passed agricultural laws by the central government.

One of the main concerns of farmers is that these laws will end the state procurement system that sets designated agricultural market minimum selling prices, a basic government-assured price for the harvest.