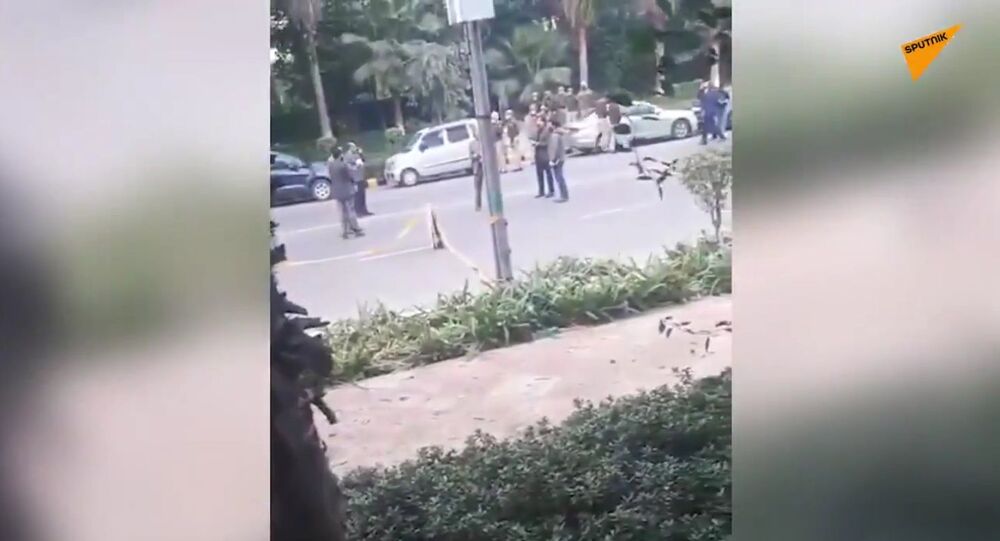 Watch Footage From Scene of Explosion Near Israeli Embassy in Delhi

The Indian capital was rocked by a blast on Friday that occurred in the vicinity of the Israeli Embassy. The explosion only resulted in damage to nearby cars. No one was injured in the incident.

Sputnik invites you to watch the situation in the vicinity of the Israeli Embassy in New Delhi, where an explosion damaged several cars on Dr APJ Abdul Kalam Road, not far from Prime Minister Narendra Modi's residence.

In the video, filmed by one of our correspondents in India, police officers and agitated onlookers are seen at the scene. The police have set up a road sign and sealed off part of the driveway with yellow tape.

Another video has been obtained by Sputnik, showing the situation at the blast area at a later time. In the video, the road is seen cordoned off by the police with yellow barriers set up across it to halt the traffic.

A blast took place near the Israeli Embassy in the Indian capital of New Delhi earlier in the day. The windscreens of several cars parked across the street were damaged, but there were no injuries in the incident.