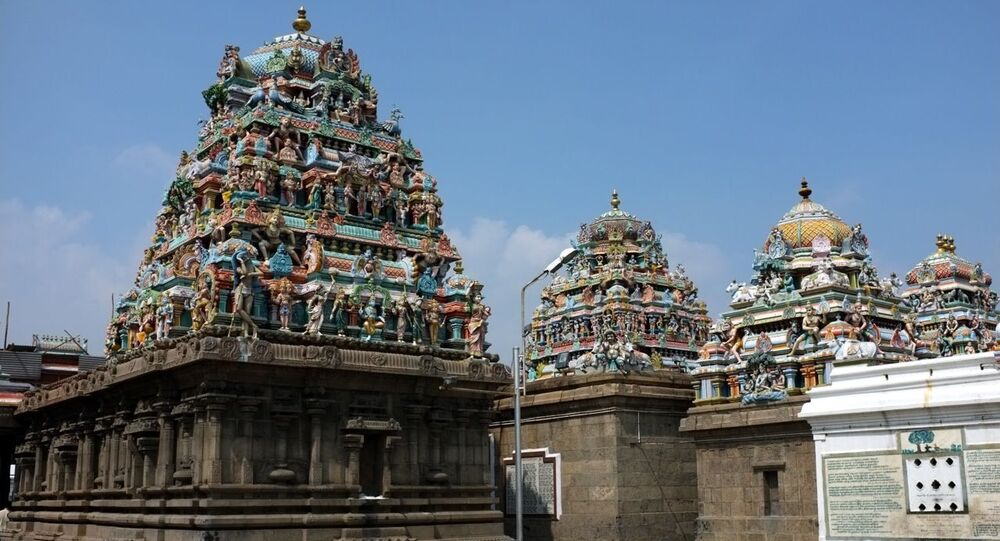 More than 1.3 billion Indians celebrate a whole array of special festivals each year, offering prayers to different deities important to various cultures and religions. One such festival is celebrated in southern India’s Chennai city at this time of year.

Thousands of devotees have flocked to the famous Kapaleeshwarar temple in the Mylapore region, in the Indian city of Chennai, for the annual "float festival”.

Known locally as Theppam, the festival begins with the idols being taken out of the temple on golden palanquins, escorted by elephants, horses, musicians and devotees in a grand procession.

© Photo : Sandeep Kumar
Nag Panchami: All You Need to Know About India’s Exotic Snake Worship Festival
The deities are then put on a massive raft floating on a huge pool of water and decked out with flower garlands, silk bunting and paper lanterns. Worshippers also get a chance to offer their prayers to the gods at this lake.

Next, hundreds of devotees holding two big ropes get the raft moving. Gradually, the lit-up raft carrying the deities moves around the edges of the pool so that worshippers can see their gods as they pass.

The raft, after completing a round of the pool, is then placed in the centre of the lake for some time.

As part of the decorations, the seven-floored temple tower is decorated with lights.

A similar tradition is also observed at the Meenakshi Temple in Madurai city.

The festival is truly a sight for sore eyes and videos from the Mylapore and Madurai temples have gone viral on social media.

#InPics: Float festival being conducted on Thursday at the Karaneeswarar Temple tank in Saidapet, Chennai on the occasion of the annual #ThaipusamFestival.

Float festival in Madurai. Devi and shiv will be in a float structure come around the pond ..have good darshan from your house.. you can see the video from outside the pond and one from inside the float structure pic.twitter.com/ilFSLOB9CZ