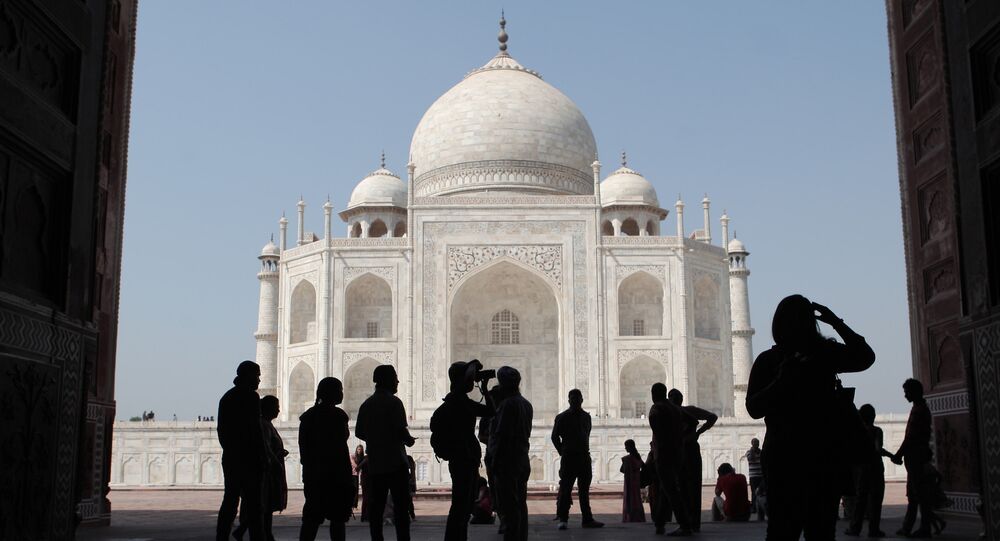 One of India's treasured architectural marvels, the Taj Mahal, is famous globally as a "wonder of the world". The 17th century "symbol of love" was built in Agra during the reign of Mughal Emperor Shah Jahan and is dedicated to his wife, Mumtaz. Hundreds of years later, the Taj Mahal's architecture is still inspiring modern construction in India.

US software giant Microsoft has inaugurated a brand new office inspired by the magnificent Taj Mahal in Noida, an industrial town near the Indian capital city of New Delhi.

The Windows-maker shared glimpses of its new Microsoft India Development Centre on Twitter, flaunting its corridors made of ivory white marble, domed ceilings as well as other textures and designs inspired by Mughal architecture across the office space.

"To empower our people to achieve more, we are now broadening our horizons", Microsoft wrote, sharing a video of the office.

​Micosoft's new Noida office has created a buzz on social media in India. Netizens seem excited about the beautiful office, which, according to some, is "fancier than a hotel".

Microsoft's new office in Noida, the Microsoft India Development Center (IDC), is inspired by the Taj Mahal and looks like a Taj hotel.

It's bathed in ivory white and is punctuated with jaali work, arches, and domed ceilings! pic.twitter.com/WyouCbS7Q0

Microsoft's new office in Noida is inspired by the Taj Mahal. To give it authenticity, they've also built a tomb for the hopes and dreams of their non-performing employees. pic.twitter.com/nNYwWbIVLZ

Beautiful. Everyone should build with local themes like this. Now a days all buildings are big black glass boxes making this world bland place. If possible renovate all your buildings to match local culture/theme.❤️

Amazing! Employees feel more inclusive and belonged to the workplace when they can relate their workplace to their culture.

My resume is arriving in your HR’s inbox. 😂

Inspired by the Taj Mahal, @Microsoft's newest office is a workspace of art!

Being an avid lover and admirer of art, architecture, and skill, I cannot appreciate it more.

​"It's a dream I had when I came back to India from Redmond in 2005 when there was nothing. In order to attract the best talent from the country, you have to go to the places where they are", the media quoted Rajiv Kumar, managing director, Microsoft IDC as saying about the office.