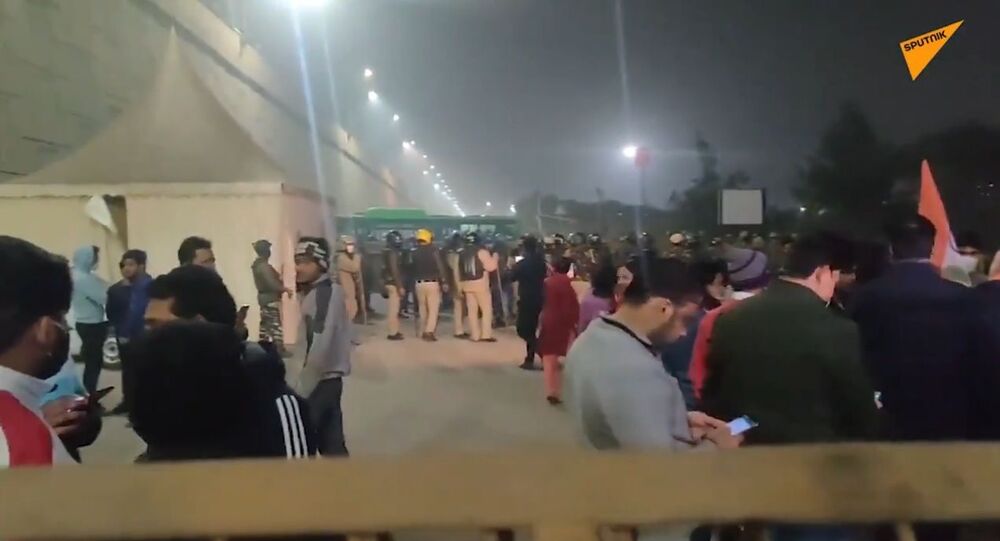 The farmers, mainly from Punjab and Haryana states, have been protesting at Delhi's borders - Singhu, Tikri and Ghazipur - since 26 November, demanding that the government revoke three farm laws passed by the parliament last September.

Two days after the Indian capital’s iconic Red Fort witnessed violence during a tractor rally on India’s Republic Day, Delhi’s border area Ghazipur is on Thursday evening witnessing a tense situation. It arose as authorities asked farmers camping at the site to vacate the place.

The videos show security being beefed up on the Ghazipur border, with a heavy deployment of security personnel since the late afternoon.

​Meanwhile, some local media reports said the farmer leaders have refused to vacate the place.

The Thursday directive from the authorities to vacate came from the Yogi Adityanath-led Uttar Pradesh government, which shares the Ghazipur border with the capital New Delhi.

The three laws that sparked the controversy are the Farmers' Produce Trade and Commerce (Promotion and Facilitation) Act, 2020, the Farmers (Empowerment and Protection) Agreement on Price Assurance and Farm Services Act, 2020, and the Essential Commodities (Amendment) Act, 2020.