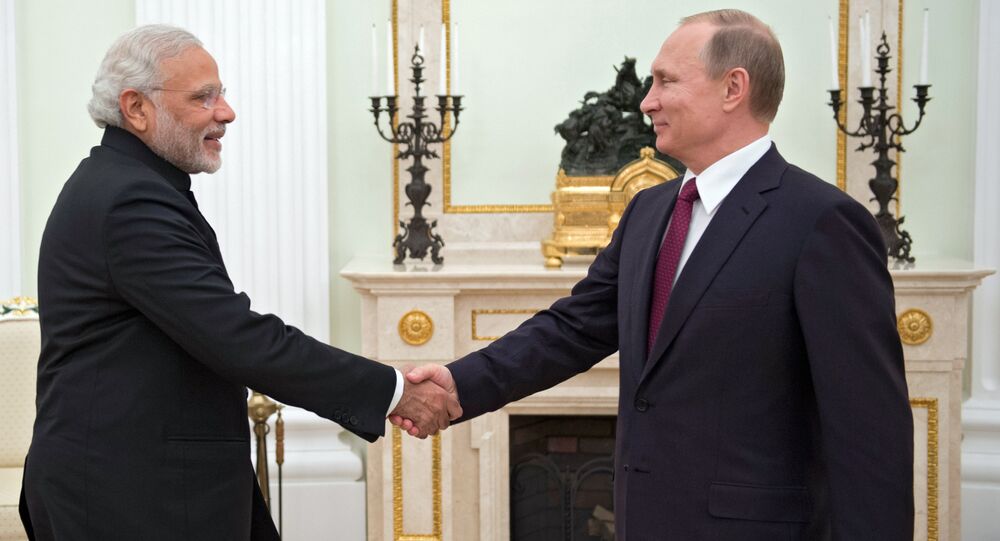 In the age of social media, the press and politicians should take precautionary measures before spreading the news given its potential impact on the world's political situation, says Indian foreign affairs analyst Amrita Dhillon, commenting on the Russian Foreign Ministry's statement warning against fake news.

On 23 January, the Russian Foreign Ministry denounced a December article by Indian newspaper The Print that floated the idea that the 2020 India-Russia annual summit was postponed for the first time since 2000 amid "Moscow’s unease with [the] Quad", an informal strategic forum between the United States, Japan, Australia, and India. The ministry lashed out at The Print's "attempt to create a sensation from nothing", specifically recalling that two days before the infamous report came out, Russian diplomats clarified to the press that the summit was postponed due to COVID and welcomed India's commitment to the promotion of inclusive formats of regional cooperation.

One Should Tread Carefully in Social Media Age

Moscow is right to nail false reporting, says Amrita Dhillon, an Indian foreign affairs analyst and founding editor of The Kootneeti, a New Delhi-based publication: "As we will move forward to the general elections in 2024 there could be more instances of unverified news reporting coming on Indian foreign policy by media around the globe", she believes.

Dhillon notes that The Print has been known as a "renowned" source of information, as well as its founder, Shekhar Gupta, who is a veteran journalist. She laments the fact that "in an attempt to create a sensationalised outlook about India-Russia ties" and criticise the government, the media outlet "presented unfounded and uninformed conclusions".

"In the social media age, one should always take precautions before sharing anything which is not verified and not to fall victim to the fake news", the foreign affairs analyst says, adding that The Print's uncorroborated narrative reverberated among the Indian opposition and was used to ramp up criticism against Prime Minister Narendra Modi.

Rahul Gandhi, a prominent Indian politician and former president of the Indian National Congress, Modi's Bharatiya Janata Party's main competitor, shared The Print's "sensational report", adding that "Russia is a very important friend of India" and that "damaging our traditional relationships is short-sighted and dangerous for our future".

Russia is a very important friend of India.

Damaging our traditional relationships is short-sighted and dangerous for our future. pic.twitter.com/U5VyFWeS6L

​On the same day, the Indian Foreign Ministry's spokesperson Shri Anurag Srivastava specified that Moscow and New Delhi postponed the event due to COVID, stressing that "any imputation otherwise is false and misleading". "Spreading false stories on important relationships is particularly irresponsible", the ministry warned. However, Rahul Gandhi's tweet was not retracted and has got over 31,000 "likes" and more 7,300 "shares" since then.

"Rahul Gandhi is one of the towering figures when it comes to the opposition in India", says Dhillon. "However, it seems that he was a victim of the misinformation".

Instead of capitalising on political differences, competing parties need to coordinate when it comes to sensitive issues of foreign relations, according to Dhillon. "Foreign policy in India does not belong to a political party but it gets carried for decades and resumed by successors", she says.

At the same time, she does not rule out that there are forces trying to drive a wedge between Russia and India, adding that "there are both internal and external factors responsible for this".

"Indo-Russian ties are part of global politics where there are known 'observers' who don't want cordial relations between the two", she says. "And within the country, there are both - lack of information, as well as, a ground to criticise the present government's foreign policy approach".

The INC's Gandhi remains one of the most relentless critics of the Modi government, who lambasts New Delhi for "mishandling" the coronavirus pandemic, new agricultural reforms, as well as economic and foreign policies. Political competition has apparently intensified, as in April and May 2021, West Bengal, Assam, Tamil Nadu, Kerala, and Puducherry will hold state assembly elections, which will be followed by a series of local polls in 2022. The forthcoming Indian general election is due to be held on or before April to May 2024. In the 2019 general vote, the Indian National Congress managed to win only 52 seats, while the Congress-led United Progressive Alliance won 91 seats. In contrast, the BJP got 303 seats, solidifying its majority in the 17th Lok Sabha.

Dhillon underscores that Moscow has maintained working relations with all Indian factions across the country's political spectrum.

"[The Russian government] has heavily invested in Indo-Russian relations", she says. "It was Rahul Gandhi's party tenure in 2010, when both countries marked a decade of the ‘Declaration on Strategic Partnership’ and through a joint statement proclaimed that the relationship had reached 'the level of a special and privileged strategic partnership' which further got resumed by PM Modi and already exploring different dimensions by reaching the Far East as well as extending a $1 billion line of credit for the region".