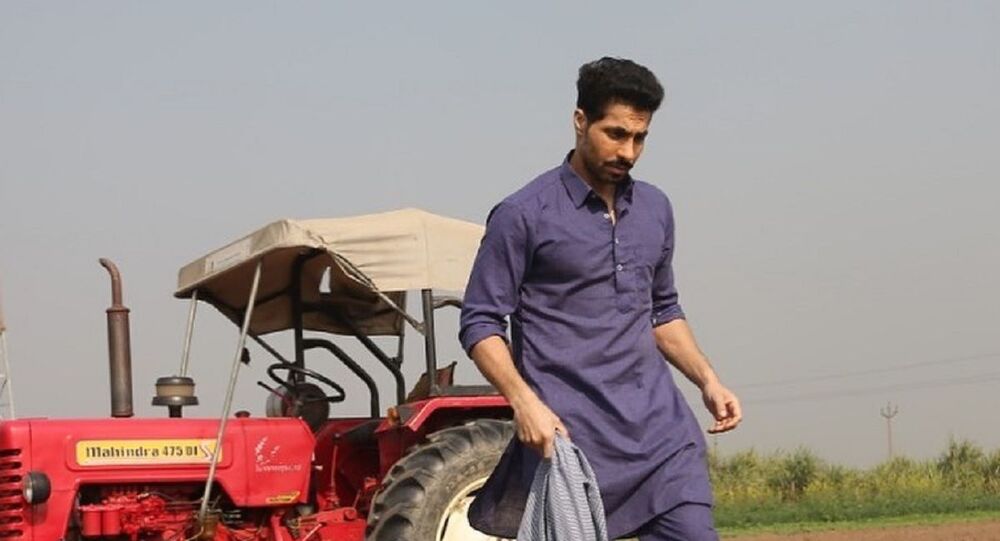 Thousands of farmers in India have been protesting at Delhi's borders since 26 November 2020, demanding the scrapping of three new farm laws passed by the Modi government. Amid the 72nd Republic Day celebrations on Tuesday, a tractor rally by protesting farmers turned violent after police tried to stop those allegedly violating the protocols.

Singer-actor Deep Sidhu, protesting alongside farmers from day one at Delhi's borders, has been blamed by farmer leaders for "instigating" and "misguiding" protesters carrying out a tractor parade on Tuesday amid Republic Day celebrations.

His name has emerged along with many others who allegedly violated pre-approved protocols by Delhi police for the tractor rally and entered the heart of the capital city by force.

To clarify his stance, the actor took to social media and has since posted a video on his Facebook page defending himself.

In the video, Sidhu, said: "How can I instigate lakhs of farmers? I am also a part of the 'sangat' (group of protesting farmers), I am one of them itself".

He is also being accused of not only instigating the farmers to go to the iconic Red Fort but also provoking them to hoist a religious "Nishan Sahib" flag on top of the monument.

In the video, he clarified that it was not a planned move and said, "We only hoisted the Nishan Sahib at the Red Fort while exercising our democratic right to protest, the Indian flag was not removed".

​Putting all the blame on Sidhu and calling the violence being politically driven, Bharatiya Kisan Union (BKU) spokesperson Rakesh Tikait said, "Deep Sidhu is not a Sikh, he is a worker of the BJP. There is a picture of him with Prime Minister Modi. This is a movement of farmers and will remain so. Some people will have to leave this place immediately - those who broke barricading will never be a part of the movement".

Tikait also pointed out that "this is not a movement of Sikhs, but farmers. For the last two months, a conspiracy is going on against a particular community. Those who created violence and unfurled flags at the Red Fort will have to pay for their deeds".

Uneducated people were driving tractors, they didn't know the paths of Delhi. Administration told them the way towards Delhi. They went to Delhi & returned home. Some of them unknowingly deflected towards Red Fort. Police guided them to return: Rakesh Tikait, Bharat Kisan Union pic.twitter.com/XXe2lmkwRN

While many farmer leaders are blaming Sidhu for provoking the protesters to go to the Red Fort and hoist the flag at the historic monument, actor and BJP politician Sunny Deol, who shared a close connection with Sidhu, distanced himself from Sidhu, saying: "Neither I nor my family has any links to Deep Sidhu".

According to Delhi police reports, a total of 230 cops sustained injuries in the clashes that erupted in various parts of Delhi during the tractor rally. Over 300 barricades were broken, 17 government vehicles were damaged, and one farmer's life was lost in the violence. The security deployment has been increased across Delhi and its borders.