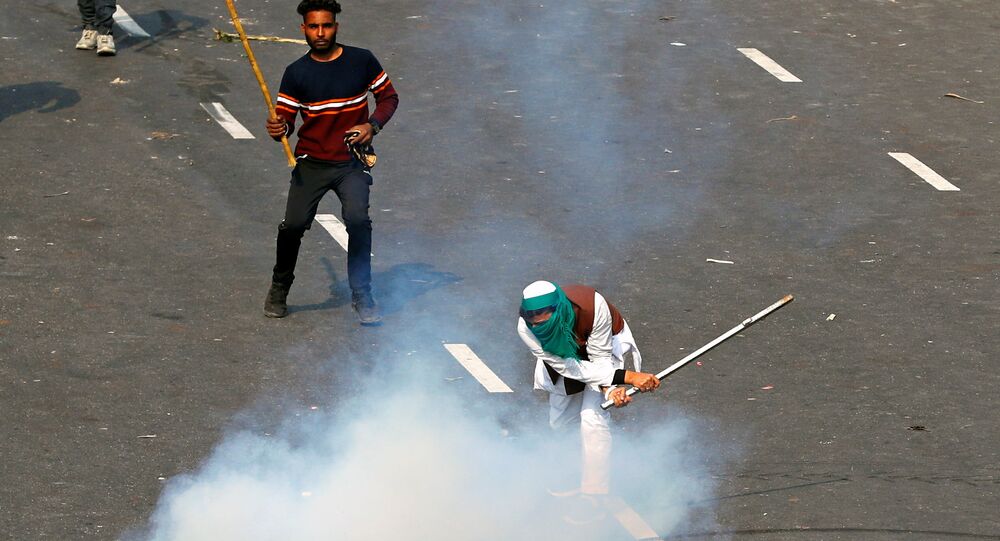 Earlier on Tuesday, police barricaded New Delhi against the protesters, who went on to knock them down at the Singhu border that divides New Delhi and the surrounding state of Haryana.

Farmers, who entered New Delhi earlier today despite police barricades, can be seen beating up law enforcement officers with sticks just 50-100 metres away from a police station.

​A Sputnik correspondent reported earlier in the day that the Indian police had fired tear gas at Sikh farmers protesting in New Delhi against new agricultural laws.

While shorter supply chains are generally considered a positive thing, the Indian regulator also used to supervise the supply-demand balance.

Farmers now fear that corporate buyers will take advantage of the free-fall supply and the annulment of government-assured minimum prices to keep the prices as low as possible.